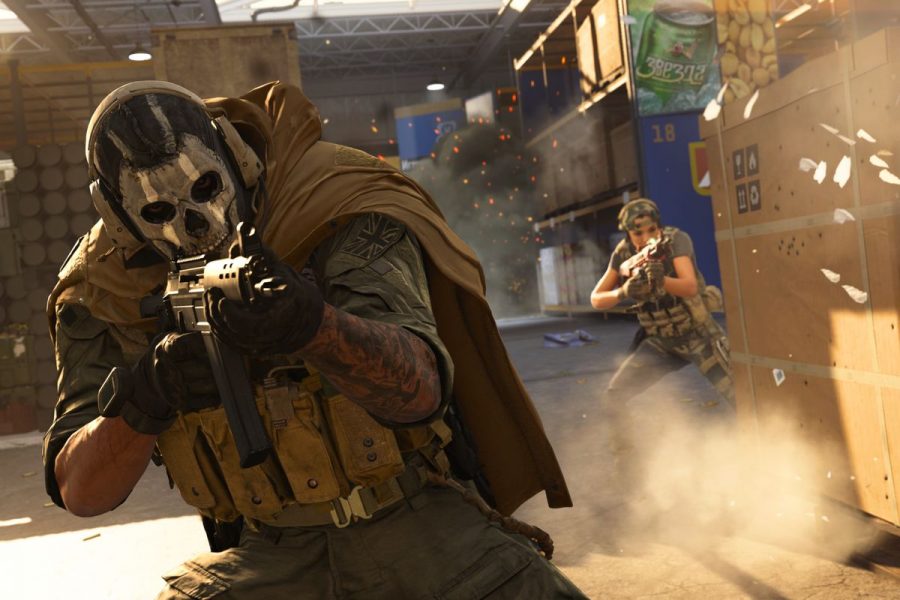 On the morning of February 11, Call of Duty players received the Season Two update for Call of Duty: Modern Warfare.

The newest update to the game came with a new cinematic trailer for players, hinting at a few new things that either were waiting for them or at future concepts. Players saw the return of the legendary Call of Duty character Ghost. Players that purchased the Season Two battle pass received the Ghost skin after their purchase.

This is not all that players saw return from former Modern Warfare games. The popular Modern Warfare 2 map “Rust” was added to the game in the most recent update as well. The developers also added a playlist where you can play Rust over and over until you are satisfied.

Players also are able to earn two new weapons by playing through the battle pass: the Grau 5.56, an assault rifle, and the Striker 45, a long-range sub-machine gun.

The other big part of the update is the fact that there is a classified selection on the home screen of the game. In the background of the trailer, players can also see a circular cloud of green gas closing in on the site during the cinematic. This is hints that the series battle royale mode, called “Blackout,” could be returning to the game in a future update.

There were four new maps added to the game in this latest update: Rust, Atlas Superstore, Bazaar, and Zhukov Boneyard.

Season Two of Modern Warfare will be live for 55 more days, suggesting that Season Three will be released sometime in April. For more information on what else you can expect when you log into Modern Warfare, players can go to Call of Duty’s website.