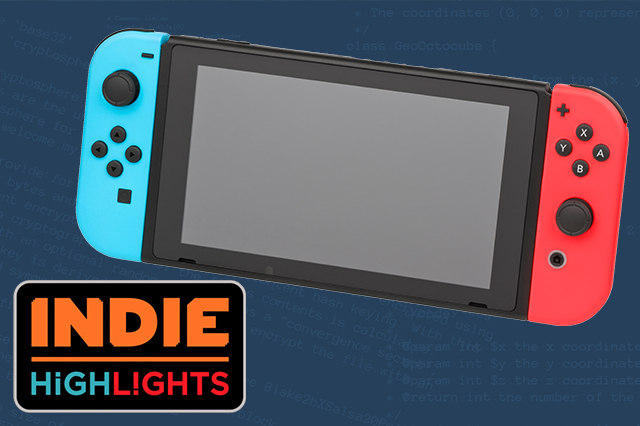 On the morning of January 23, Nintendo of Europe hosted an Indie Highlight stream on their YouTube channel, showcasing several new Nintendo Switch games from independent developers. Highlights as well as the full video will be down below.

“Wargroove” by developer Chucklefish was given an official release date of February 1st, 2019
Previously released “Double Kick Heroes,” “Goat Simulator: The GOATY” and “Crosscode” are now coming to the Switch, with “Goat Simulator” coming out today, “Double Kick Heroes” coming out this summer, and “Crosscode” releasing 2019.
A new puzzle game from the creators of Human Fall Flat called “When Ski Lifts Go Wrong” has the player build ski lifts and ramps to help skiers get to a goal at the end of the level. Building these lifts and ramps incorrectly causes hilarity to ensue. This game releases today for Switch, PC and Mac.
“Forager” is a 2D open world game published by Humble Bundle that describes itself as the “idle game that you want to actively keep playing.” Explore, craft and manage resources to build a base out of nothing!
Image and Form showcased a new entry in their Steamworld franchise with “SteamWorld Quest: Hand of Gilgemech,” a turn based strategy game that has the player use cards to attack, defend, and use magic on a variety of different opponents. The game is expected to release during 2019.