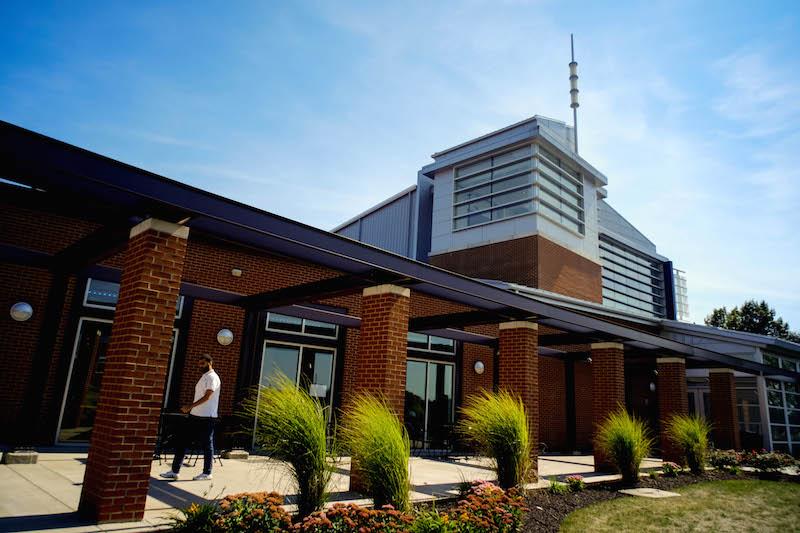 Wheatley Center on the campus of Robert Morris University houses the School of Communication and Information Systems.

The event is hosted by RMU’s English department and professor John Lawson. Offering students an opportunity to make their name known in the Pittsburgh literary scene and get an early chance to be published in a magazine, RUNE also serves as a way for the department to interact with students in the program and expand their experience.

“One reason for the event is to give Robert Morris students an outlet for their creative work and experience in arts publishing,” said Lawson. “It also raises the profile of the university because we solicit work from all around the Pittsburgh area.”

In addition to reading passages from the magazine, she shared some of her own work with the audience. Drawing her inspiration from her large family and experiences with her mother, whom she features frequently in her poems, her poetry added a new layer to the event.

Steve Comstock, a student that was published in the magazine, also shared his poetry live at the event. Comstock’s inspiration comes from growing up in the South, where he heard people in the area tell a multitude of stories.

“I always try to submit where I can, anywhere that I think will publish my stories,” said Comstock.

In addition to the festivities, the J. Stanton Carson Award was awarded to two recipients this year. One of the recipients, Jacob Mast, also received a scholarship from the award.

“The award is given out to people that put a lot of time and work into RUNE,” said Mast.

There was a total of 35 artists published in this year’s RUNE Magazine. They wrote about a variety of topics, showcasing their own styles and passions. Additionally, photographers around campus were able to get their work featured with the stories in the magazine.

Students interested in reading this year’s issue of RUNE Magazine can find copies in the Tutoring Center or contact professor John Lawson directly.