Author of the month: Langston Hughes 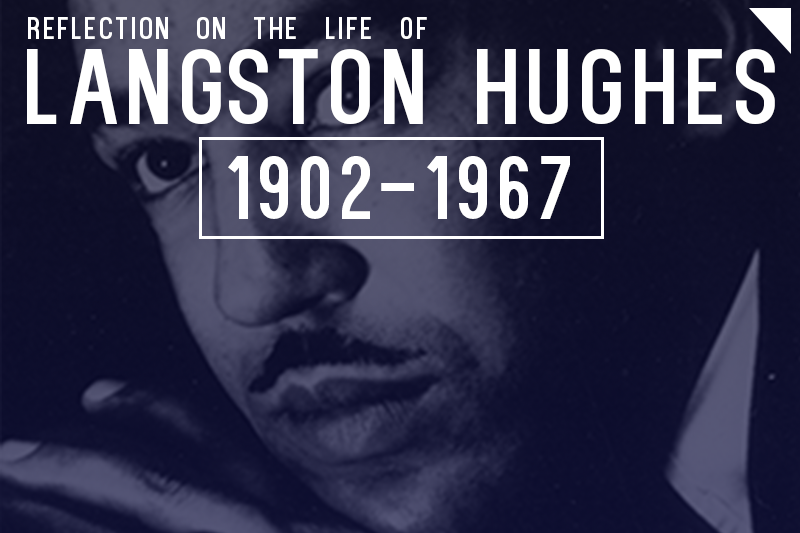 Langston Hughes, a well-known poet, novelist and story-teller was born on February 1, 1902 in Joplin, Missouri–115 years ago. His father owned a store, and his mother worked as a teacher.

Hughes started writing poetry for school assignments and did not want to disappoint his classmates or his teacher. Hughes’s teacher made him the class poet because she thought he had “good rhythm.” Attending Columbia University and Lincoln University also influenced his success, since it gave him the education and knowledge to help further his literary career.

Another person responsible for Hughes’s literary career is poet Vachel Lindsay. Lindsay helped get him recognized by publishers who purchased his works like “The Big Sea” and “Not Without Laughter.” Some of his most famous poems include “Dreams” and “A Dream Differed.” Alfred A. Knopf published Hughes’s first book, “The Weary Blues,” in 1925.

Langston Hughes also had other jobs during his life such as a seaman, a cook at a night club and a hotel busboy; however, he is most famous for writing works that contributed to the Harlem Renaissance.

Hughes died at age 65 in New York from cancer on May 22, 1967. His New York residence is considered a historic landmark and is now called “Langston Hughes Place” in his memory. His birthday represents an opportunity to read one of his many works in celebration of his birth and talent.