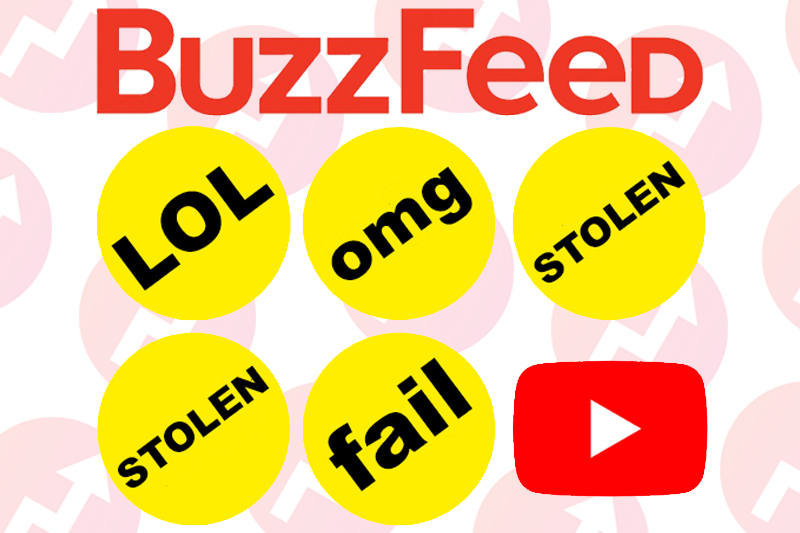 In the age of the YouTube “Adpocalypse,” every view and subscriber counts. The livelihood of channels, such as JaclynGlenn, is dependent on a viewer and creator relationship and continual support. So when a bigger organization like Buzzfeed steals their content, it’s not only an attack on the channel, but their livelihood as well.

The most recent allegations of Buzzfeed stealing content has been issued by Jaclyn Glenn. After Buzzfeed posted their video “We Practiced Magic with a Real Witch,” many of Glenn’s fans noticed a variety of similarities to her new series, “A Skeptic’s Guide to Wellness.” From the locations used and the writing, parts of the videos seemed to be identical to each other.

In response to the issue, Glenn made a series of videos detailing the similarities and accusing Buzzfeed of plagiarism. In these videos, she points out that her series was released first, and that the producers at Buzzfeed had plenty of time to copy her ideas.

The producers at Buzzfeed claimed to not even know who Jaclyn Glenn was or what kind of content she made. One of the video producers, Kelsey Darragh, tweeted the following post:

Glenn then pointed out that they were friends on Facebook for almost two years. This prompted Darragh to respond that she “wasn’t that memorable,” which served to make the issue even worse.

After an exchange of private messages, which have since been made public, Buzzfeed posted a counter claim to clear themselves of wrongdoing. The piece was posted to Medium on Oct. 18, 2017 with the two Buzzfeed producers defending themselves against the allegations using plans from before their shoot.

The evidence provided by Buzzfeed doesn’t fully address the accusations Glenn made in her video. Nowhere in their response do they mention how similar the jokes and shot composition are, which are the bulk of the evidence against them. They mainly focus on scheduling a location, the only point they could use to desperately sway readers.

The pictures provided also don’t provide complete evidence in Buzzfeed’s favor. Simply taking a screenshot of Google Docs, which can be updated at any time, isn’t indicative of their ideas. The time stamps shown are unclear about when items were edited, which could have been shown in a simple list form with the click of a button. The edited pictures, which they argue were used to condense the info, also leads to a lot of skepticism for their claims.

The allegations of plagiarism against Buzzfeed aren’t a new issue. Many smaller YouTube personalities have made similar claims against the site with varying degrees of uproar from their fan bases. Another example is Akilah Hughes’ AkilahObviously video on introverts that had identical jokes in it as well.

Plagiarism has been an issue for Buzzfeed writers in the past. Before their switch of CEOs in 2012, the articles and lists posted by Buzzfeed had been the subject of many plagiarism claims over their content–copying from IMDB and Reddit without any disclosure. These previous examples of plagiarism were word-for-word copies of existing information. While they did make an effort to amend these errors, it seems that they cannot break this habit.

The unprofessional responses of their employees, such as the way they handled Akilah and Jaclyn’s accusations over social media, have led to many discrediting the news source.