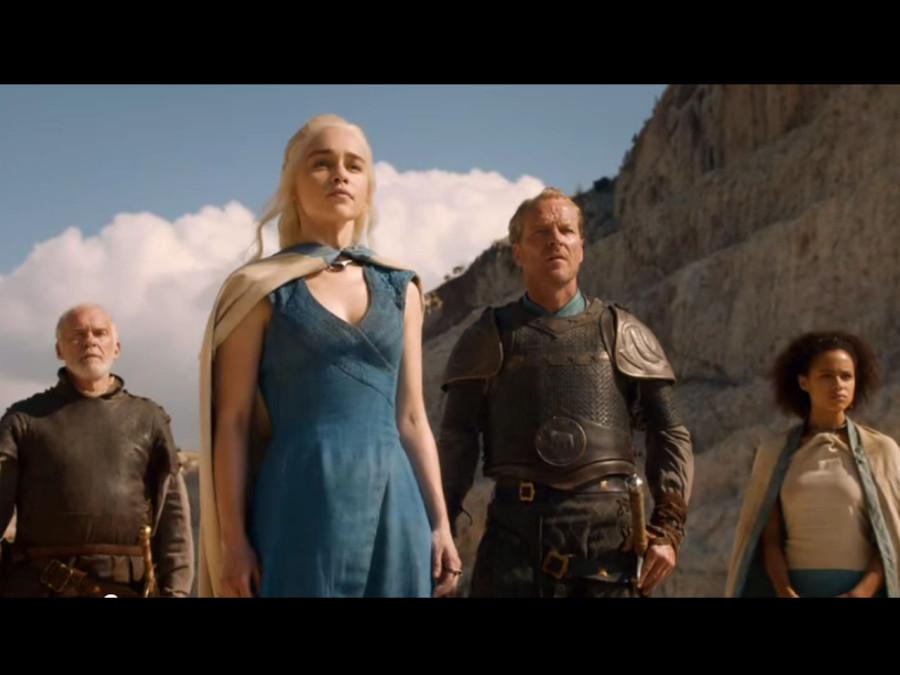 Starting an episode with Daenerys Targaryen’s storyline is always a good way to start an episode of Game of Thrones in my opinion. Last week I talked at length about my hopes that Dany would finally put her dragons to use and free her third round of slaves with fiery goodness. That of course didn’t happen. I know it was a far stretch to think that any action would actually come from freeing the slaves, but I can’t be the only one who was disappointed in how the whole situation unraveled. A bunch of slaves argue that they can’t free themselves. Then they are provided weapon and they free themselves. And that’s it. No dragons, no giant battle, just one guy being cornered by a bunch of angry slaves and we don’t even get to see him get killed onscreen. The only good part of the whole beginning was Dany’s decision to nail the masters to crosses in the same way they did to the children Dany saw on her way to their city.

Dany is ruthless and fair, and seeing the Targaryen banner flying above the city made me proud to be part of that house, but lets have a bit of a GoT intervention right now. Is there a written rule somewhere that Dany can only appear in any episode for max ten minutes? Jon Snows story is usually pretty boring, can’t we just take some time from his parts and give it too the mother of dragons? I just want more Targaryen and less everything else, is that too much to ask! Okay, rant over, lets move on to the rest of the episode.

After last week’s creep-fest with Jaime Lannister, it was nice to see him back to normal. He may be an incest loving crazy person sometimes, but deep down I do think he is good. Jaime is a good brother to Tyrion and a loyal friend to Brie. His dedication to the Stark girls even after their mother’s death is commendable, and in many ways I think he is one of the few good Lannister’s.

We also got to find out who killed Joffrey. Peter Baylish’s hand in it seemed pretty self explanatory, why else would he help Sansa, but learning that Margaery Tryell’s grandma Olenna Tyrell had a hand in it was a little surprising to me (props to Carrie Moniot who called this weeks ago). Though my own personal theory was wrong (I thought Cersie had done it), I am intrigued by this revelation.

Joffrey’s little brother, the future king, also intrigues me. He seems way more level headed than his brother Joffrey, and as long as he isn’t  influenced to much by his mother and grandfather, he could be a good king, at least until Dany takes over.

Rounding out the episode was a storyline involving the white walkers.  Admittedly, I don’t like children, but when that baby was left alone as a sacrifice to the gods, I couldn’t help but be a little disturbed. Seeing it turn into a white walker was kind of cool though.

It was a neat way to end an episode, but I have to say that it has been the least exciting ending this season. Regardless, I’m excited for next week, but not for any particular reason. Unless they decided to make an all Dany episode. Then I’d be ecstatic. Seriously though, more Dany.