“Into The Storm”: 100% chance of tornados and enjoyment? 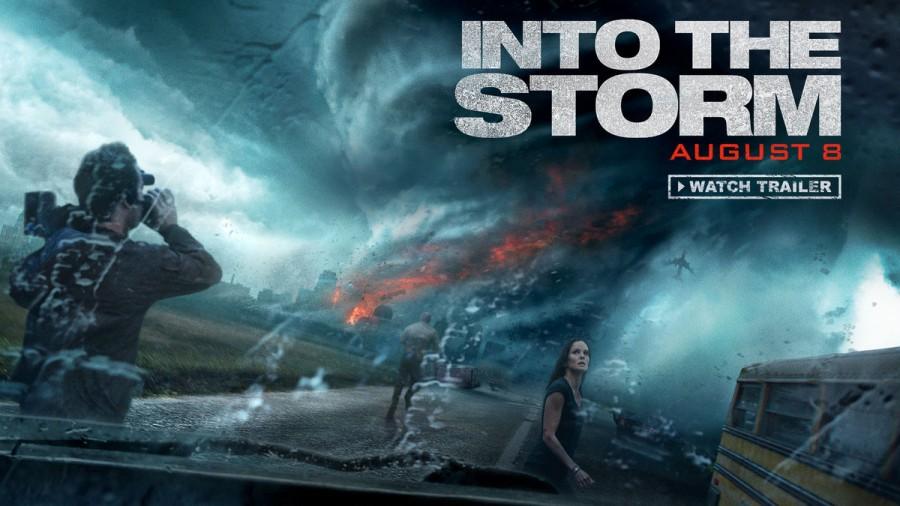 Opening this Friday, August 8th in theaters everywhere is the pulse pounding natural disaster flick “Into The Storm.” Helmed as a modernized “Twister” told through a found footage, documentary style, “Into The Storm” is a surprisingly enjoyable feature.

The stories content is simplistic and as mentioned above, has a very Twister-esque feel to it. The story of an outbreak of some of the strongest tornados in history, we follow a crew of documentary filmmakers lead by their director Pete (Matt Walsh), as they attempt to get the shot of a lifetime by following the advice of a meteorologist named Allison (Sarah Wayne Callies).

At random times, the movie also breaks off into two other storylines that eventually tie into the main plot. The first of these storylines follows High School Student Donnie and his brother Trey and father Gary. The other centers around two misfit rednecks Donk and Revis (Kyle Davis and Jon Reep) who are hoping to achieve Internet fame by doing unreasonably dangerous stunts.

Both of these storylines, while seemingly clichéd and predictable at first, do end up serving a purpose throughout the film. The storm hunter-documentary teams storyline could have been a somewhat mundane storyline had it been the only focus of the movie, but the use of Donnie’s storyline to give the film a more dramatic and personally emotional feel at times, and Donk and Revis’s parts providing comedic relief help balance a story that would have been relentlessly boring without.

The movie does have its share of cheesy moments of course. The “I’m sorry” video notes Donnie and his love interest Kaitlyn share when they think all is lost ranks highly in my mind, as does the backstory of Donnie’s mothers death, and the fact that Allison has her daughter she hasn’t seen in months to worry about.

The movie is absolutely not without its faults, but easily my biggest problem has nothing to do with the film itself, but rather with the fact that it wasn’t in IMAX. Movies like this are what IMAX was made for. At certain parts I already felt like I was sitting in a motion simulator, so I can’t even imagine how much the story would have benefited from the in your face experience of IMAX. I understand that the movie was probably made on a modest budget that was pretty stretched as it was considering the source material, but how did producers not see that a movie like this, which is primarily centered on visuals, would have been better served in IMAX. Taking all of that into consideration though, I still have to say I enjoyed the movie immensely.

With out a doubt, the most important thing to realize is that you aren’t about to walk into “Citizen Kane” when you buy a ticket, a fact I hope audiences already know. I went in with simple expectations- I wanted to see lots of stuff get destroyed and I wanted to see some people get sucked into a tornado. Both of those criteria were met, and as far as I’m concerned, I’m happy with how it turned out because of that.

With a run time of just under and hour and a half, the movie is the perfect length for some relaxing weekend viewing. Don’t go in with high expectations, and you’re sure to come out of the theatre pleased with this highly satisfactory disaster movie.