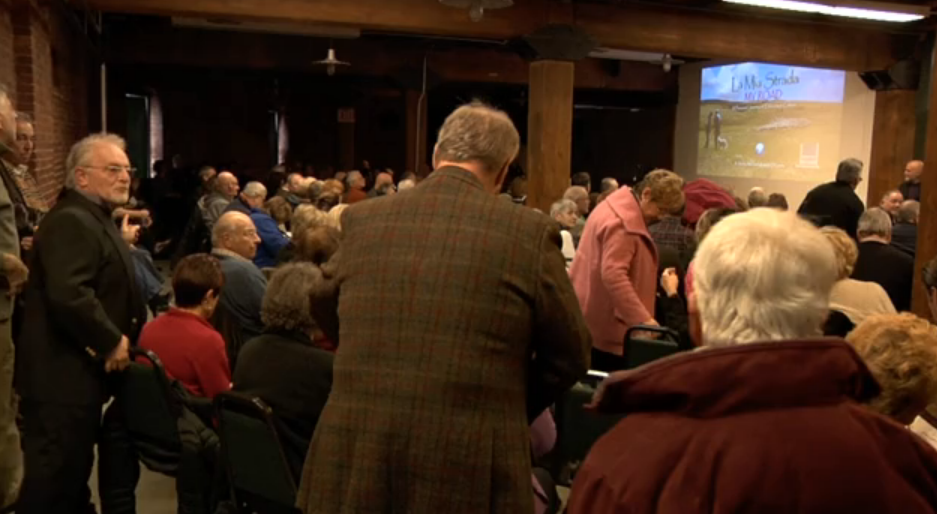 Premiere of La Mia Strada at the Heinz History Center.

Everyone has a journey in life to take, and a path to choose. Life brings many unexpected changes and choices, but sometimes we find our greatest moments of discovery at the most unexpected of times. Michael DiLauro, the Director of the Academic Media Center at RMU, undertook his own unexpected journey of sorts which led him to discover more about his family and his culture. DiLauro’s documentary “La Mia Strada” or “My Road” showcases his discovery of  his distant family members and to uncover cultural barriers that separate us from one another.

DiLauro began his quest five years ago on a trip to Italy where he discovered an ancient path that sheep herders used to migrate their sheep. Along the way the sheep herders would stop at local villages and tell stories as well as keeping the villagers aware of news from the surrounding areas. When studying the path in greater detail, DiLauro learned that it led to where his grandparents’ house was. What at first seemed like an interesting story of a lost culture suddenly became personal to him – he began his journey to learn more about his long lost family as well as the roads that lead us to one another.

The documentary captures the emotional story of not only his journey to finding his family, but also his family’s story and their lives. This documentary may be about Italian culture and heritage, but there is something, everyone, regardless of heritage or ethnicity, can learn about the importance of family and culture. “La Mia Strada” will be premiering in the Massey Theatre on January 31 at 5:30 p.m. For tickets and more information, go to the office of Student Life.