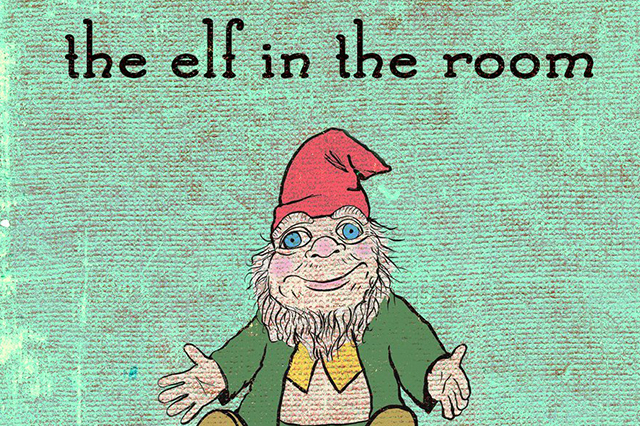 PITTSBURGH — Adding to the list of films being produced in Pittsburgh, two RMU alumni are hoping to make their Christmas nightmare come true. Darin DiNapoli and Amanda Williams, both a part of the graduating class of 2006, have started a crowdfunding campaign to make their short film, “The Elf in the Room,” a reality.

“There is a certain sense of magic surrounding Christmas, and what if the legends are true?” said the alums. “The notion that Santa Claus is always watching or his elves are sending reports back to the North Pole already has a creepy vibe. We felt that psychological horror lends itself to a story based on this very concept.”

The short film will focus on themes of parental neglect and the emotional toll it can take on children. The horror comes from the elf, who like the popular tradition, is watching the children misbehave. His goal is to teach a lesson — turning the story into a thriller worth the time of any fan of scary movies.

“We fell in love with the idea of turning the pop-culture icon into a nightmare inducing horror,” DiNapoli said. “It is going to be dark. It is going to be creepy. And it is going to be extremely stylized. Because of this, the film requires a much higher commitment to production value than our previous works, which is why we need funding and are launching a crowdfunding campaign.”

DiNapoli graduated from RMU as a communications major and has worked at famous Pittsburgh companies such as KDKA and MARC USA. Over the past three years, he has worked with industry professionals on short films such as “Rorschach,” “Nakama” and “Sketch.” He now leads his own company, DNAPPS Productions, which specializes in content video development and production.

Williams also has an impressive career, graduating from RMU as a media arts major. She has 12 years of experience in the professional field which includes working with local production company, Argentine Productions as well as television work in NYC. Some notable productions that she was involved with include a tour of the White House, which included the filming of President Barack Obama and working on the production staff of “Who Wants to be a Millionaire?”

“I can’t stress the importance of getting your name out there and taking internships,” Williams said. “You have to start out doing the grunt work, but that’s where you make your first impressions. Everyone in the production industry starts out as a production assistant, often for little or no pay, and you have to put in the time and work to move your way up.”

“RMU helped connect us to each other,” the duo said. “It also provided us with the connections to industry professionals such as Tony Buba, who have been an influential part in guiding us throughout our lives and careers in the film industry. They say that college is only as good as what you make of it … and we both utilized that experience to get involved with extracurricular activities at the Academic Media Center which helped enrich our perspective in production and business. We learned a ton about collaboration and also how to produce in a fast-paced environment. We aren’t sure exactly how RMU differs from other universities, but we do know that as early as our freshman year we were given opportunities to get hands-on experience in both our classes and at the media center, which typically you don’t get until your junior or senior year with other schools.”

The “The Elf in the Room” currently has an IndieGoGo campaign to fund the production. The goal is to earn $10,000 by February of 2019 with the funds going to production cost such as lighting, props and wardrobe. For backing the project, donors can gain rewards such as production credits, early access to the film and a copy of the soundtrack.

“This film requires a much higher level of production value than previous work, so we need all of the help we can get to get it off the ground,” said the alums. “We ask people to consider a donation if possible, especially if you support local independent art here in Pittsburgh. But, if you can’t contribute financially, we ask that you share the link on social media with all of your family and friends! There are some great perks for donating as well. And be sure to follow us on Facebook, Instagram and Twitter @theelfintheroom.”