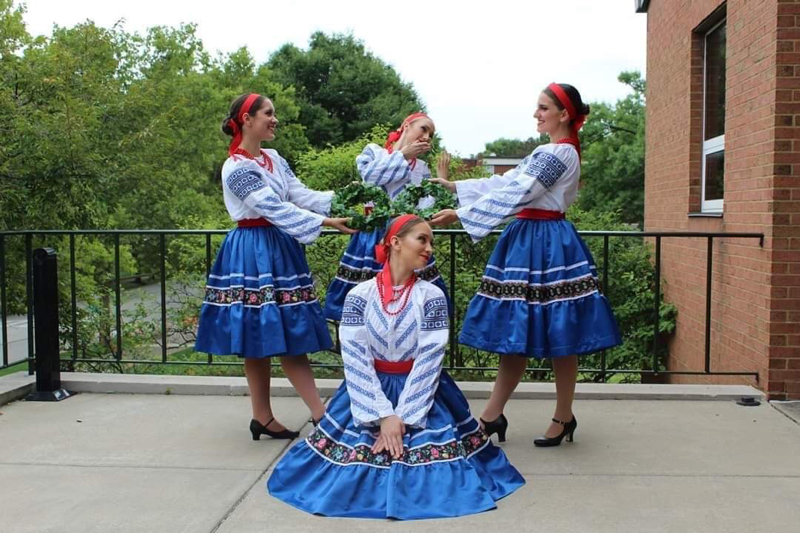 The Tamburitzans have been making their mark in Pittsburgh since the late 1930s, celebrating various international cultures through the art of folk dance and traditional music. The group originally had an agreement with Duquesne University in order to provide scholarships for those students who perform with Tamburitzans, even being coined the “Duquesne University Tamburitzans.” As of 2014, Duquesne has agreed to have the Tamburitzans become an independent organization, which has opened auditions to students attending other Pittsburgh-area universities.

Anka Gataric, a sophomore at RMU, is currently a proud member of this famous performance group. Gataric’s journey to the Tamburitzans started early with her grandparents taking her to the Junior Tamburitzan dances. This inspired her to participate in the dances herself, performing with the North Hills Junior Tamburitzans and with the folk ensemble Hrvatski Tanac. Having grown up surrounded by her Croatian heritage and her love for learning about other cultures, she was inspired to perform with the Tamburitzans.

The organization’s goal is to teach people about different international heritages through entertainment. As a result of working for the Tamburitzans, Anka is able to travel around the country doing what she loves most.

“It is always fun for us to tour around the United States,” Gataric said. “Some kids will never get to do this in their lifetime, so to be able to say I have is unique. But, the best part is spreading our performance’s cultures. I love to see the audience’s smiles and reactions to the things we portray on stage.”

Now that the Tamburitzans are an independent non-profit, any student from a Pittsburgh-based school, such as Point Park, RMU, CCAC or Duquesne, can receive scholarships from the group.

“The process is broken up into three sections: your initial audition, the dance audition and the interview,” Gataric said. “The first audition begins in the beginning of February. For your first audition, you show a variety of things, such as your singing, dancing and musical ability. From there, you have callbacks, which then puts you through to the dance audition. At the dance audition, you are following an instructor and learning little sections of dances from the different regions in Europe … the last part of the process is the interview. You are introduced and have a discussion with the artistic director of the group, George Kresovic. This whole process takes about a month to do, and you know if you had made it into the ensemble in early or in the middle of March.”

After Gataric became a part of the Tamburitzans, she filled a dancer role. In addition, she also plays an instrument for most of the numbers. Many of the performers have multiple talents and excel at singing, dancing and playing musical instruments. Now that the Tamburitzans are open to more students, the opportunity to spread different heritages while creating a beautiful performance is open to more people than ever before.

“The message we are trying to send is that culture is what embodies you and how important your own culture is,” Gataric said. “Without that, what is your identity? So, as we instill this question in the audience, I hope they gain a better understanding or want to learn more about their cultural background! And if they get that or any more satisfactions from the show, that is the greatest achievement I can create with the Tamburitzans.”

If any RMU student wants to spread their own culture by becoming a Tamburitzan, the organization always welcomes new members interested in a unique opportunity.