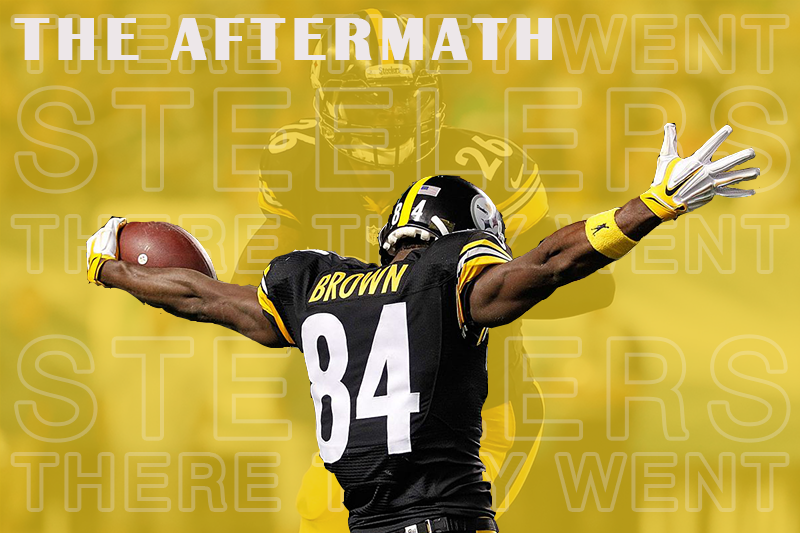 The winter weather on campus feels so much colder this week as the temperatures dip and, more significantly, as many fans begin dealing with the abrupt end to the football season of the Steelers. For those who do not follow the Pittsburgh sports scene, the city’s beloved football team were defeated in the AFC Championship Game on Sunday, January 22, 2017 by the New England Patriots by a score of 36-17.

Before the game ever started, the Steelers had to deal with an unexpectedly early wake up call as a Patriots fan decided to pull the fire alarm at the team’s hotel. In a way it was the beginning of the bad day they were going to have overall as the Patriots quickly took the lead in the game and never relinquished it.

The fans take the game seriously and were hoping for a big win over one of their major conference rivals. Brianna Moskiewski, a sophomore, is one of those fans who looked forward to the game but ended up disappointed over the team’s performance.

“Like many other Steeler fans, I was pretty disappointed that we lost to the Patriots,” Moskiewski said. “It would have been great to see New England lose, but the Steelers played like they didn’t even want to be in the Super Bowl. And the score showed that.”

Being in the heart of Steeler Country, Robert Morris has more than its fair share of the team’s fans; however, not everyone on campus bleeds Black and Gold. There are even Pat’s fans who are celebrating another AFC Championship and a trip to the Super Bowl.

Talara Knouse, a sophomore, began following the Patriots after many family trips from Pittsburgh to the team’s area, and she continues to wear their gear today.

“I’m a Patriot’s fan because of my mom,” Knouse said. “We used to take trips to New England all the time when I was younger. We just took a liking to the team, and we’ve been fans ever since.”

While it might seem like it would be hard to follow a sports team not from Pittsburgh while on campus, the diversity of the campus community means that there are other fans here, too. That turns out to be the case this week.

“I don’t mind being a Patriot’s fan because there are plenty more here on campus, and it was kinda fun seeing all the gear today after the win,” Knouse said.

Although the outcome of this year’s battle of the Steel City versus Bean Town means that it is going to seem like a long winter, spring and summer for the faithful until the season begins again. The true fans will use this time to reflect on how this season ended and what the team needs to do in order to bring home a championship ring next year. For example, Moskiewski thinks there is at least one area where improvement is needed.

“In order to come back stronger next season the Steelers need coaching to improve,” Moskiewski said. “Throughout the game, there were multiple plays called that were unnecessarily used. All the small mistakes add up.”