“Tammy” is more of the same for Melissa McCarthy 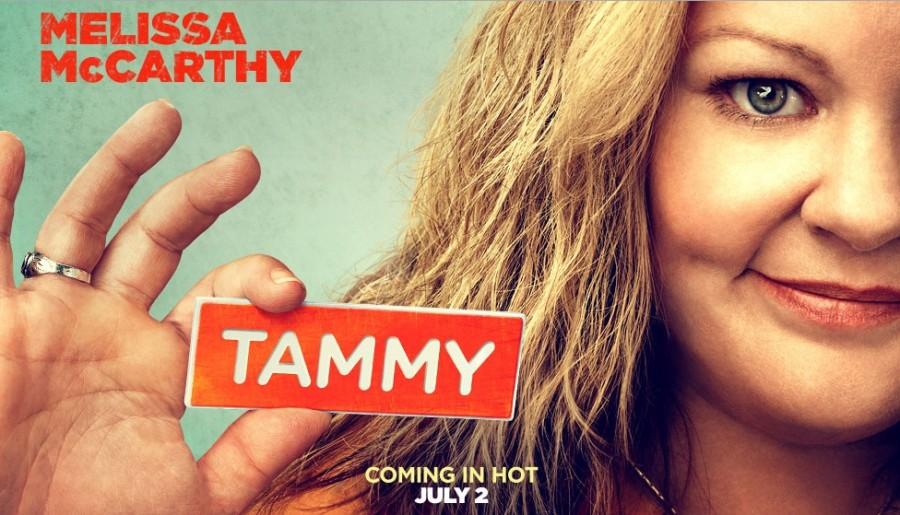 When I first saw the trailer for “Tammy,” one thing crossed my mind. Does Melissa McCarthy play the same character in every single movie? You know what I’m talking about. She’s a big girl with a big personality who wears T-shirts and sweatpants and who, despite what she might think, actually isn’t that great with men. She has acne and a foul mouth and isn’t afraid to say what’s on her mind or get physical if the situation is (or isn’t) appropriate.

We first saw this side of McCarthy in “Bridesmaids,” the role that propelled her too fame and introduced us to the once original character.  A few years later we were reacquainted with her in “The Heat,” and now most recently, “Tammy.” Characters that, while all different in name are very similar in appearance, behavior and language.

I want to like Melissa McCarthy on the big screen, I really do. I love her and her character on the TV Show, “Mike and Molly,” but when it comes to her movies, she always seems to fall a little short of expectation. She’s kind of become “The Hangover” of actresses (which is perfectly ironic because McCarthy played a small role in the third “Hangover” movie that isn’t too far off from the ones I’m talking about here). Her first big screen appearance in “Bridesmaids” was fresh and new, but her appearance in “The Heat” just presented us with more of the same, and now, at the impasse of her third movie, we’re presented with an all to familiar character yet again.

Is Tammy a bad movie? If the sole purpose of the movie was to make you laugh, than I’d say no, it’s not bad. But the problem is, that’s not its sole purpose. McCarthy has stated in various interviews that “Tammy” was a real passion project for her. She produced it herself, her husband Ben Falcone directed it, and together the two of them wrote it. It was supposed to be the couple’s comedic masterpiece, but I can’t help but feel like it fell short.

For the first time in her career, McCarthy didn’t have to play second fiddle to a better-known star. “Tammy ”is truly her first headlining role, the first time a studio has put complete faith in her. Because of that, the real evaluation of “Tammy” must be made upon whether or not Melissa McCarthy is good enough to be a movies main focus.

Made on a budget of $20 million, “Tammy” has managed to pull in almost $33 million from its opening weekend. While that number isn’t as high as the projected $45 million studios were hoping for, it’s not bad by any means. If nothing else, she now has an okay box office record going for her. What else?

“Tammy” really isn’t a comedic let down, so that’s something I guess. It’s not very popular amongst critics right now, but comedies rarely are. I think most people have gone in, or are going into this movie with pretty low expectations. Nobody is hoping to see the funniest movie ever made, just an alright comedy, and for McCarthy, that’s more than doable throughout “Tammy.”

Finally I guess you could say that “Tammy,” and by extension McCarthy, will fare okay through the cinematic waters this summer because of the very reason I’m writing this article. She’s following a tried and true formula that, while hardly original, is sure to draw an audience.

For now, I don’t think too many people care about the repetitiveness in her characters, but looking towards the future, I think there will come a time when McCarthy is going to have to prove that she has range in order to find bigger and better roles. I’d find it hard to believe she wants to play a misfit slob the rest of her career, but if the pattern doesn’t end soon, when will it?

I want Melissa McCarthy to be successful in Hollywood, I really do, but in order for me to get behind her completely, she has to step out of her cinematic comfort zone and try something new. Maybe for once she could play a character that is viewed as desirable instead of completely repulsive in just about every way? Now that’s something I would find more shocking than bad skin, bad hair and a tendency to over use the F-word.