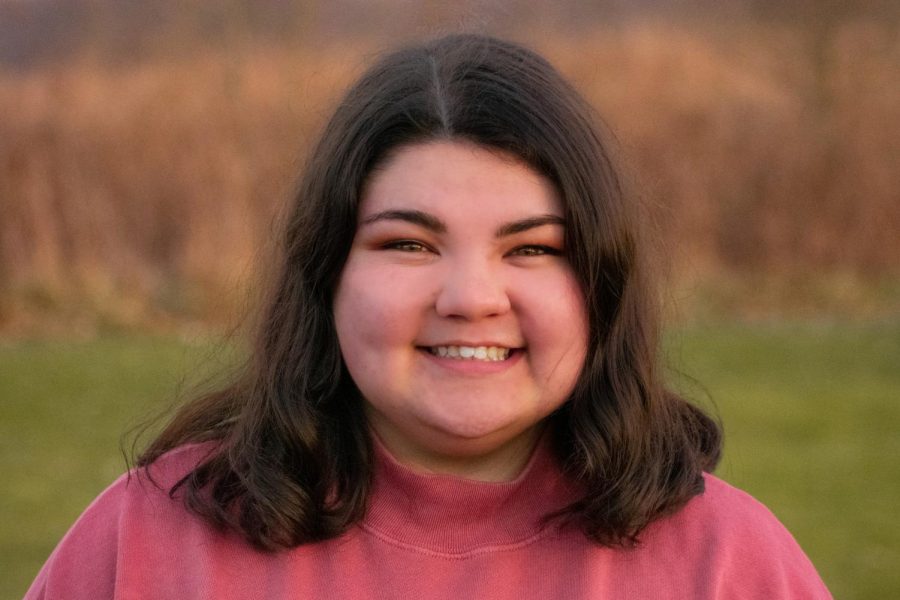 While the media industry is known for its heavy male-dominated atmosphere, although it is changing, graphic design is one field that has more female representation. Danica Teodora uses her skills in the media art world and her leadership abilities for RMU Sentry Media.

“I had chosen RMU partly because of Sentry Media and the opportunities that I had,” Teodora notes.

With a major in Graphic Design, Teodora holds the position of Chief Graphic Designer. The junior also minors in advertising and photography and plans to graduate in December this year. She has previously been floor director for RMU TV, director of RMU Live, and cohosted on RMU Radio.

This past fall, Teodora blossomed from being solely a contributor to taking on a leadership position. This role entails weekly meetings on Fridays and communicating with graphics creators and those who request them.

“During those meetings, we review the past graphics, and then we look at the new graphic requests, and we have little bonding activities.”

Some of the previous activities her crew has participated in to get to know one another and form relationships are Kahoot and a Pictionary style online game.

Teodora also communicates with many people in the organization, including myself as Social Media Manager and others, whether it be a writer or anybody else who has graphic requests.

“I organize it, lead it, start things off, make sure everybody’s doing okay and keeping in touch.”

When it comes to being a part of an environment run more heavily by males, Teodora notes that the Graphic Design area has many females, but the media industry, in general, is a lot more male-dominated. Sometimes that makes it harder to get your thoughts across, but building relationships and having people who see the value of you and your work helps prove that you have just as much of a place as anybody else.

“I think we all have great opinions, and we work well as a team, but sometimes you feel as though your voice isn’t heard,” Teodora said. “I think girls, in general, don’t speak out as much because you feel like you won’t be heard because of past experiences, but I think the bonds that you make with people kind of help that.”

Being a woman in general, Teodora does not note any specific instances she has had but talks of the general expectations of being female.

“I think just like growing up we’re taught to suppress our own thoughts and feelings and be the listener rather than the leader in situations,” Teodora said.

From growing up to now in college, Teodora looks up to her mom, whom she admires how warmhearted and caring she is.

“My mom has been the biggest role model in my life, she’s really compassionate, and she’s taught me a lot, and I’m the closest with her,” Teodora said.

In terms of hopes and dreams, Teodora notes her dream job since she was in tenth grade in high school has been with American Eagle and their sub-brand Aerie because of their body positivity and positive message around that.

“That’s something I’m very passionate about, but otherwise, after graduation, I think working for somewhere that allows you to have your own opinion and be yourself,” Teodora said.

Media entails such a wide variety of opportunities, and Teodora is ready to see what is in store for her and is looking bright to the future.

“I don’t think it really matters where I work, but I want to work in a graphic design or photography or media job,” Teodora said. “There are so many things I can do!”