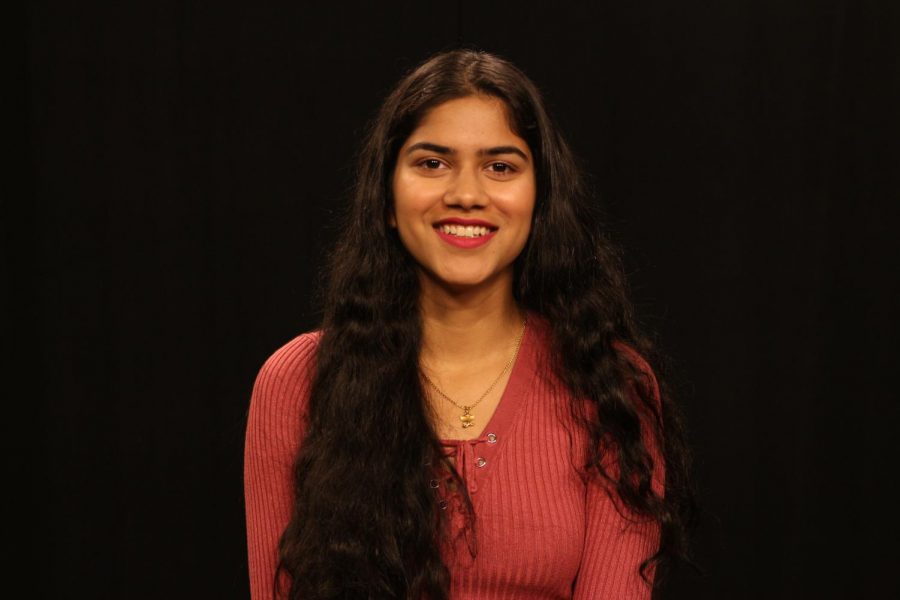 Sonu Babu is a junior communication major with a concentration in journalism. She is another of the valued ladies at RMU Sentry Media that deserves recognition for her talents and hard work through RMU’s media organizations.

Babu started at RMU Sentry Media as a news writer and worked her way up through the semesters to Assistant News Editor. She was also an anchor on RMU Live and has done several news packages and comedy skits for RMU-TV.

Babu shared her feelings as to how she got into and why she wanted to join Sentry, “In high school, it started with wanting to be an author but then found that I did not have the patience to sit down and write a book. I got into Sentry and media in general because it was a lot shorter writing. I could talk to people, share experiences, and still do it within a storytelling aspect.”

Babu made it very clear what she expects to give and always strive for within her news career, even at Sentry and once when she gets a full-time job in the field. “I always want the truth to be known.” This is her main goal as to what she is trying to accomplish with news. Bringing new things that people might not know about and giving it light. She hopes in the future she can do more investigative pieces.

“I believe a journalist’s job is not to fix the problems but to make aware that the problem exists so that the people who can fix it can and will.” Babu passionately details what journalism and the field she’s going into means to her and the women that inspire her to get to where she is.

When asked, Babu said she did not have any women professionally or looked up to that really inspired her. She was inspired more by specific stories and her friends around her. Her main two stories that inspired her were the Catholic Church being exposed for sex abuse and Gloria Steinman, who posed as a Playboy Bunny cocktail waitress in a club in 1963.

“My friends, who are mostly women, were the ones that inspired me,” Babu said. In heartfelt words about the best people around her, “they were the ones who always encouraged me and inspired what I did.” Even with Sentry and professional media fields, it has always been a boys club. Babu found the right group of women to uplift her and keep from being swept under in a male-dominated industry.

The hurdles she personally had to jump through in such a male-dominated industry and even college career she felt she had to overcome as a woman.“It’s just hard to get your voice out there because men talk a lot,” Babu said. She drew more insight from her past experiences. “The first time I noticed this was in middle school. I would try to talk, but everyone else would interrupt me, and I would try to say something, and no one would take me seriously.”

This puzzled her because “it’s just little things like that, even in a developed country women are treated less than men. When I got to college and high school, I just tried to put myself out there so people would listen to me,” Babu said.

She passionately details her goals for what she wants in this field when she gets her chance to break into it. “I would like to use this field to talk about women’s issues that men don’t really understand, for example, women getting forced hysterectomies,” Babu said. She goes even further, “I want to talk about or talk to women who have had these traumatic experiences with pregnancies, abortions, bad birth control, just stuff tailored to women which there just isn’t enough coverage of it.”