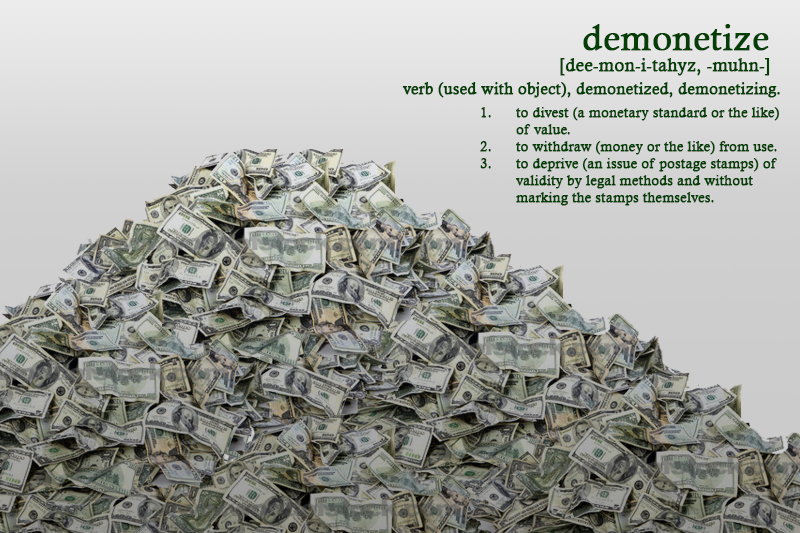 With YouTube’s most recent change to advertising, the website has become an unsustainable platform for content creators. The current policies are creating what the users call an “Adpocalypse” across the site.

The change to the way advertising works on YouTube comes after controversies involving the display of mainstream ads next to hate-filled or terrorism-supporting videos posted to the site. In an effort to keep advertisers happy, the company developed a system to detect said videos and mark them as not safe for advertisers; however, the system has not come without flaws. Bigger channels, including prominent YouTube entertainers and platform critics such as H3H3, claim this system is hurting their ability to earning money on YouTube. 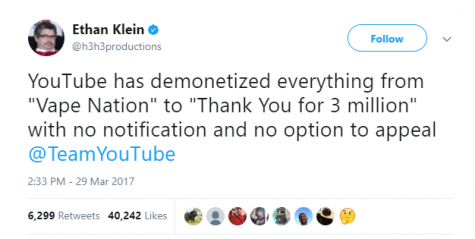 As a result, many creators are actively losing money by producing for the platform. Using this system, YouTube can falsely claim that some videos violate policy–leading to no ads playing and no money being earned. Many content producers are turning to sources such as Patreon, a fan funded monthly payment service, to earn money for their product, causing a distrust in YouTube’s ability to provide a stable income.

YouTuber Bobby Burns explains in his video, “I Was Kidnapped!” that a video he made about Jake Paul got over 200,000 views, yet only earned “$80 from AdSense.” According to an article by Business Insider in 2014, every 1,000 views nets a channel roughly $7.60. This is a major drop in pay, which means there has been a loss of around $1,420 per video.

The issue with the new system seems to be caused by how it flags inappropriate videos. Many content producers are aware that vulgar language can cause demonetization, but even their clean videos and skits are now being flagged as inappropriate. The system additionally doesn’t only target new posts; any previous content that violates the new guidelines can be deemed ineligible to advertise on. It’s common for YouTube creators to log onto their account and find multiple videos now flagged seemingly at random.

YouTube has stated that videos that want to be safe for advertisers should follow not only the community guidelines, but also their special “ad” guidelines. These guidelines state that videos should appeal to 5-year-old viewers, exclude satire of “family entertainment characters or content, whether animated or live action, engaged in violent, sexual, vile, or otherwise inappropriate behavior” or discussing “controversial issues or sensitive events.”

These broad guidelines are strenuous on content creators. It’s understandable that most advertisers would avoid YouTube personalities that market themselves on vulgarity, but the rules seem too authoritarian to creators. For example, many channels discuss politics and offer new journalists an outlet for their writing and opinions, but under the new system, their videos are doomed to fail financially. It’s a form of suppression–silencing outspoken voices on both sides of issues. Instead of targeting hate speech, the broad rules took away all argumentative forms of speech.

The major argument YouTube has been making for these changes is that the site should be safe for children; however, children already have their own platform: YouTube Kids, which filters out mature content and offers appropriate educational and fun videos. The question many YouTubers are asking is why must the larger portion of the site’s users meet the same standards. To some, it seems that YouTube has become ashamed of the site and is trying to force their own train off the tracks.

In an effort to quell video producers complaints about the appeal process, YouTube has announced that they will make the appeal process easier, but in most cases, it would be too late because most videos gain the majority of their views in the first couple of days after they are uploaded while appealing for your videos can take around 10 business days. Ultimately, the majority of earnings would be lost–making the video a failure financially.

The question for both producers and viewers has now become: Could this be the end of content produced for YouTube?