The end of a "Reggie-lution" 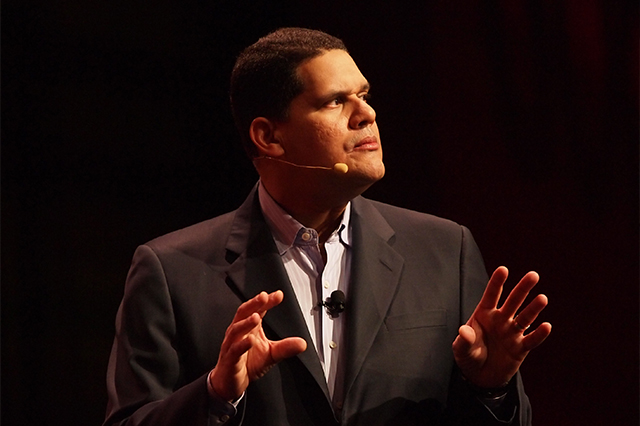 Fils-Amié had worked at Nintendo for 15 years, and served as Chief Operations Officer for 13 years. Appearing on stage at various conferences, he became one of the most well-known faces in the gaming industry and his name was synonymous with what Nintendo represented.

The announcement also stated that the position of COO will be filled by Doug Bowser, the current Head of Sales at Nintendo of America.

Nintendo fans, Reggie has a message for all of you. Please take a look. pic.twitter.com/EAhaEl5oEJ

Twitter users are taking to social media to not only show their dismay with Fils-Amié’s departure, but to also to question the coincidence that Doug Bowser shares his last name with Nintendo’s famous “Super Mario” villain.

Bowser assures fans he is not like the famed Koopa King, saying that “We will continue to build on [Fils-Aimé’s] work to evolve and expand our brand, furthering Nintendo’s global mission of creating smiles.”

Fils-Aimé previously worked as Pizza Hut’s Senior Director of National Marketing in 1993, and MTV VH1’s Senior Vice President before leaving in 2003 to join Nintendo as Executive Vice President of Sales and Marketing.

He gained his celebrity status among gamers following the company’s 2004 E3 conference when he opened Nintendo’s portion of the conference with “My name is Reggie. I’m about kickin’ ass, I’m about takin’ names, and we’re about makin’ games.”

Fils-Amié was promoted to President of Nintendo of America in May 2006, marking the first time an American held this position in Nintendo. This, combined with his stage presence, helped improve the company’s public relations with American consumers. It is also believed to help the marketing behind the Nintendo Wii, ushering in a period in Nintendo’s history many called “The Reggielution.”

Fils-amié’s video ended with the former president assuring Nintendo fans that he is leaving in good health and in good spirit, and that his body will always be ready.