‘Round about Pittsburgh: W stands for Westinghouse 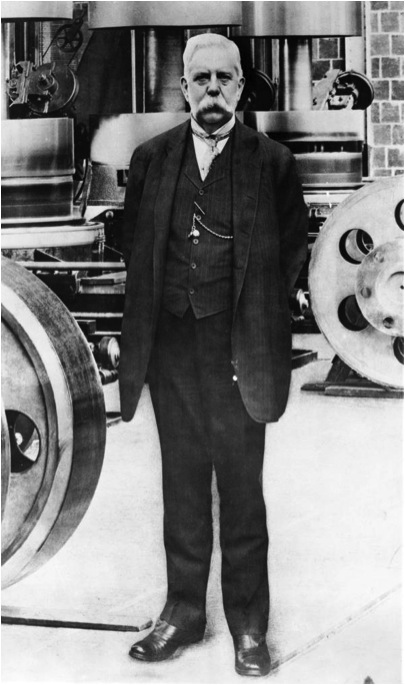 The name Westinghouse is known worldwide.  Founder of 60 different companies, George Westinghouse, was an entrepreneur who became a pioneer in the manufacturing and technology field starting in the 1800s.

The name Westinghouse is still around, but most of the companies he founded no longer exist.  The Westinghouse companies are known for its many achievements; achievements such as the air brake for trains, lighting the World’s Columbian Exposition in Chicago in 1893, building of first generators for the power plants at Niagara Falls in 1895, establishing pension plans for employees, establishing the first commercial radio broadcast station (KDKA), nuclear energy, and for the numerous products the companies and divisions manufactured.

George Westinghouse originally came to Pittsburgh to manufacture some early inventions including the revolutionary air brake for trains.  Once in Pittsburgh, Westinghouse caught the eye of investors and shortly afterwards, the Westinghouse Air Brake Company was established in what is now the North Side of Pittsburgh.  For a number of years, the company was headquartered and manufactured air brakes in Pittsburgh’s Strip District.  Today, the building is home to the Pittsburgh Opera.

Westinghouse encouraged his employees to create and innovate with technology.  He also treated his employees with compassion unseen at the time in most companies.  For a man who was called ‘Uncle George’ due to character, employees at his many companies continued to work under the values and ethics of George Westinghouse years after his death.

Although no library or music hall bares the name Westinghouse, the man who opened the door to numerous individuals in the Pittsburgh region will never be forgotten.  Due to the opportunity given to them, numerous employees and Westinghouse related companies donated funds to built and construct the George Westinghouse Bridge (East Pittsburgh) and memorial (Schenley Park).

It is difficult to name everything George Westinghouse worked on, but without a doubt you use something he or his companies revolutionized every day of your life.  And to top it off, most of the innovation occurred in and around Pittsburgh.