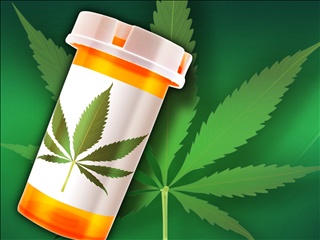 The upcoming gubernatorial election results will weigh large merit upon a pressing issue across the United States; the legalization of marijuana for medicinal purposes.

Democratic representative Tom Wolf and incumbent Gov. Tom Corbett both feel differently about the matter and Pennsylvania’s previous stance could be altered depending on the winner of the election.

“We need to legalize medical marijuana immediately,” Wolf said in a gubernatorial debate last month. “I think we ought to see what happens in places like Colorado and Washington before we decide to go any further with the legalization of recreational marijuana, however.”

In the same debate, he went on record to claim cannabis as a gateway drug that “creates all of the drug problems that we are seeing in Pennsylvania and the United States.”

Certain moves have been made, but the future of medical cannabis is starting to rely on who wins the election this month.

The Compassionate Use of Medical Cannabis Act passed the state Senate 43-7 on September 24. The bill would legalize cannabis in the forms of oils, edibles, and ointments, but would not allow smoking marijuana as a medical resource.

According to a poll taken by Quinnipiac University, 85 percent of PA citizens support some form of medical marijuana.

The state is beginning to shift in its views.

“I think there are many benefits to medical marijuana,” said Robert Morris University student Ian Boylstein. “I don’t believe everyone should be eligible for it, but there are patients suffering PTSD and other traumatic illnesses that deserve the care.”

Boylstein is studying in the healthcare industry and can view both sides of the argument.

“In the other states that have passed legislature, people that don’t necessarily need the care have abused the privilege,” he said. “If PA were to legalize it, they’d need to have a stricter system on who is eligible to receive the card.”