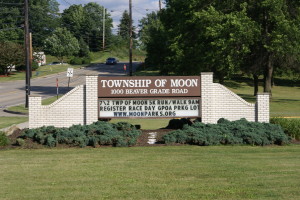 A common complaint by students across Robert Morris University has been the lack of college-friendly attractions in the surrounding areas, a major factor that plays into many students returning home for weekends instead of staying on campus.

There are several reasons why Moon Township isn’t exactly a fun place to be for college-aged individuals.

As one example, take a look at the township’s main drag – University Boulevard. Because it was connected to the former location of the main airport, gas stations, hotels and car dealerships continue to dot the road. It wasn’t until the airport’s location was moved to its new location that Moon was forced to reconsider how it would support its college population.

Moon has made great strides in the last 20 years to liven up the area surrounding Robert Morris, but with the university’s growing student enrollment, further steps need to be taken.

To begin, there needs to be more bars and nightclubs. A main reason why students don’t stay on the weekends is because there is zero to little nightlife. The closest legitimate nightlife is in downtown, and the university does not provide consistent transportation to get there.

If there were a form of student-friendly nightlife in the close vicinity to RMU, a lot of more students would stay. Even though Moon isn’t the most highly populated area, RMU students would definitely keep businesses afloat and act as constant customers.

Another attraction that would keep students on campus is the addition of more restaurants. Among the current restaurants located on the University Boulevard strip are fast-food chains, three sit-down restaurants, and Sheetz, which can be a combination of both.

It is rumored that Panera Bread will be built alongside University Boulevard as well, and if the township committee could take steps to install even more new wave restaurants, students would flock, considering there are only two main food options located on the RMU campus.

A third way to make Moon Township a more attractive place for students would be to install sidewalks throughout the University Boulevard strip. If RMU students could walk places in nice weather and get outside, the amount of interaction between the student and township population should increase dramatically.

The installation of parks and recreational activities that students could walk to would be a solid way to get students off campus, and keep the occupied in the process.

The best way to keep students happy is to show effort into making their school and surrounding area a better place to live. As RMU continues to increase enrollment year by year, it is extremely important that Moon Township transitions simultaneously.