RMU Is in Moon, but Is It Part of the Township? 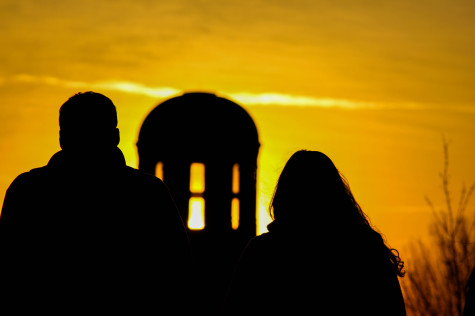 Moon Township has undergone a plethora of changes within the lifetime of its residents. Residents have witnessed the airport’s move to Findlay Township; the build-up of the school district; and the expansion of Robert Morris University.

Robert Morris sits, like a hungry lion, on a hill overlooking the surrounding community, and consuming it slowly.

Today, when walking through Moon Township, it is easy to see the mixed reviews of the university, and of its students. While many of the local businesses are welcoming for the financial gain, the residents of the area appear uncomfortable with becoming a “ college town”.  The atmosphere of Moon is not a welcoming one.

For the most part, RMU students and Moon residents meet each other when those residents walk their dogs on campus. For college students venturing off of our hill top citadel, it is difficult to find a niche’ within the community and a place to feel at home. There is no reason for the people of Moon to cater to the students of RMU, the school that many see as having been forced into their lives.

In fact, it is rather pretentious to think that any outsiders will be simply welcomed into any community without spending the necessary time. On the other hand, is it really such an outlandish concept to think that any body of people want change that affects their daily lives?

Unfortunately with full course loads, on-campus employment, and the lack of connection between the university and the surrounding township it is hard to forge that relationship. In truth, RMU seems to try its hardest to separate itself from the community.

Further negativity towards RMU was fueled by the conversion of the Holiday Inn into dorms. While this is solving the housing issue on campus, the re-zoned property is now providing no tax revenue to the municipality, damaging the amount of money coming into the township. This acquisition was also a point of controversy among those living close to the old hotel, worried about college students finding their way onto their property and becoming disruptive.

There are certain ideas that come to mind when the term college town is brought to the table. Among others, crazy parties, disruptive behavior, and endless headaches for local authorities dealing with the influx of zealous youth. For those on campus there is a definitive culture of a back pack campus, where the school packs up for the weekend, and there is no option but to leave the area. It is an interesting relationship for the college to have with the community.

There is a culture of divergence, as opposed to convergence. RMU has grown to a point where it is not going anywhere. Whether this is for better or worse these two communities are slowly becoming reliant on each other, and this generation will continue to see the memory of the green fields, more thoroughly erased.