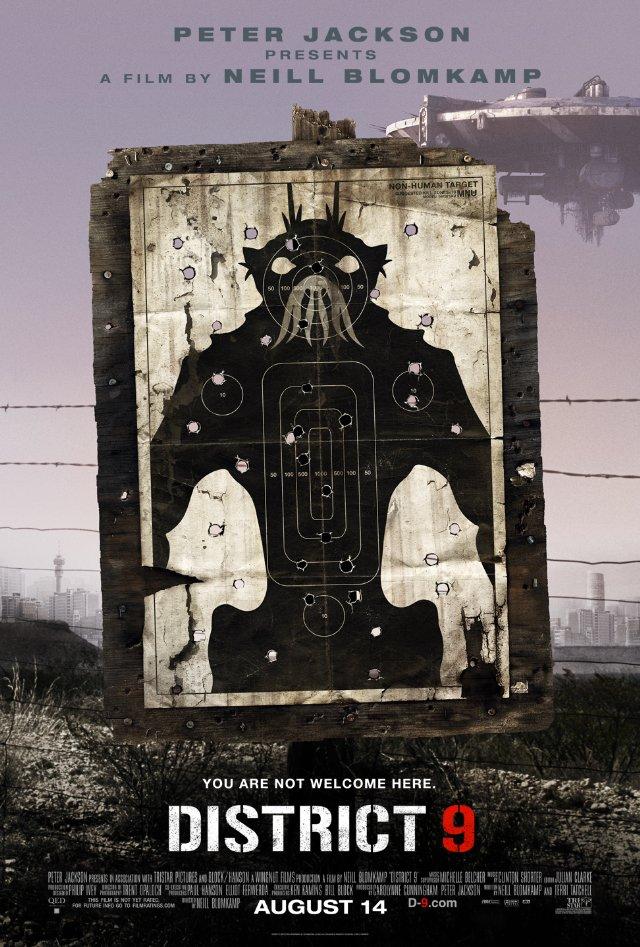 A movie covering issues of politics, racism, and social class. Sounds boring- right? Usually I’d agree, but believe it or not, that is exactly what one of my favorite movies is all about.

Obviously, I’m talking about “District 9”. Still unknown to a lot of people, District 9 was directed by Neil Blomkamp (You may know him for his movie “Elysium” that came out over the summer). I think I’m getting back into the movie territory that can only be described as an “acquired taste movies.” This movie is hardcore Sci-fi, and any time I ever watch this movie with people, the reactions are usually split (my dad hated this movie, but there’s a reason he’s not the movie critic in the family).

Starring Sharlto Copley as Wikus Van De Merwe, this movie is about an alien spaceship arriving over Johannesburg, South Africa. The spaceship remains dormant for weeks until humans decide to cut into the spaceship, and see what is in inside.

Upon breaking through, they find the exact opposite of what you’d expect in an alien civilization. Weak, malnourished, and somewhat unintelligent, the humans re-locate the aliens from their now broken space ship to a closed off area called District 9.

Quickly, District 9 degrades to a slum where gang violence breaks out and inter-species prostitution and murder runs crazy. It then becomes the job of Wikus and his father in law’s company to restore order to the aliens, and move them into a new camp away from Johannesburg.

Unfortunately for Wikus, his mission doesn’t go anywhere near according to plan and results in a very literal, life-changing event.

Shot in documentary style for the first half of the movie, and traditionally for the second half, this movie has a unique pace and style to it.

But let’s forget about all that movie mumbo-jumbo for a second and talk about the really important part of any good Sci-fi movie. THE ALIENS.

Yes, the aliens, or prawns, as they’re called in the film, are what make this movie so good. They aren’t super cute and lovable like “E.T.” and they aren’t evil and hell-bent on destroying the earth like the aliens from “Mars Attacks,” or “Independence Day,” or “Men in Black” (the list goes on and on really). No, these aliens are something you’ve never seen before: Vulnerable. They come to earth sick, dying, and in need of help.

Once on earth, they’re degraded by humans, live in slums, and are reduced to killing each other for cat food (cat food turns out to be the proverbial cat nip for aliens). They’re almost human in their flaws, and you’ll be surprised when you feel such empathy towards such grotesque looking creatures.

Another aspect much to this movie’s credit is its ability to be so political, and yet disguise it so well under the mask of Sci-fi.

If you really look into it, this movie is a gigantic metaphor for the South African apartheid (If you don’t know what that is, google it. It’s pretty terrible, so be forewarned).

“District 9” is a modern day Sci-fi classic. It took a new angle on an old concept, and it just so happens to land perfectly. Even if you don’t like sci-fi, give it a chance, this movie is a lot of fun on top of everything else.

Seen District 9? What are your thoughts? Do you think it redefined the Sci-fi genre, or just offered a nice new spin on it?