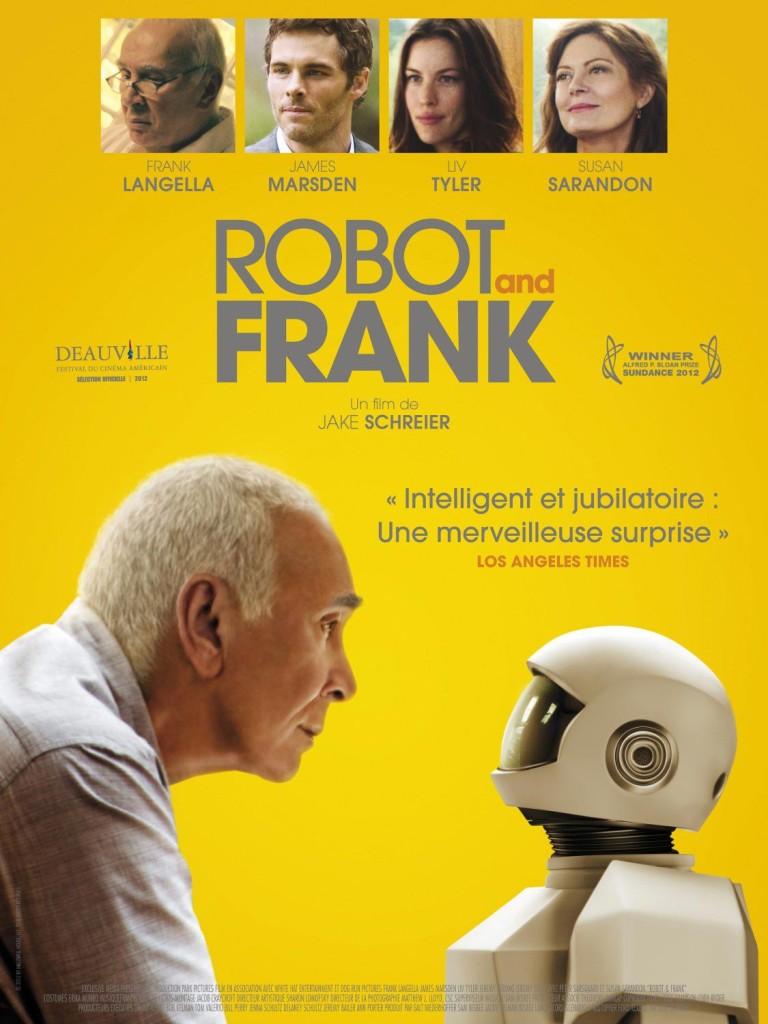 I love independent films, and I love sci-fi. Unfortunately for me, these two types of movies almost never meet. It’s a logistics problem, I know, sci-fi has a tendency to rely heavily on special effects, foreign landscapes and aliens which is virtually impossible to do on an independent budget. Every once in a while, however, I get lucky and a gem sneaks through the stigma. “Robot And Frank” is one of those gems (you’ll get why that’s punny in a second).

Starring Frank Langella, Peter Sarsgaard, Susan Sarandon, James Marsden, and Live Tyler, “Robot and Frank” is the story of an ex- jewel thief (ha ha, get the joke now?), Frank, who, suffering from on-set alzheimer’s, is gifted a robot by his son.

The robot cooks, cleans, and monitors Franks health, but old school as he is, Frank is slow to embrace his new helper. That is until Frank realizes how he can use him. The robots quiet, swift motions, and lack of knowledge on right from wrong quickly makes him the perfect companion for a jewel thief.

After a little training and studying from Franks past heists, the two try their luck stealing a book from the local library for a woman Frank has a crush on. With the rousing success from there practice run, the two immediately decide to move on to bigger and better things. They try their luck next stealing diamonds from Frank’s obnoxious and rich neighbor, a man who is all too caught up with himself and his wealth. The heist goes off without a hitch. That is until the FBI shows up, demanding Frank release his robot to them as evidence in the mounting case against him.

Will Frank turn over his robot to the authorities? Will Frank erase his Robots memory and maintain they did nothing wrong? Will Frank be found out regardless and arrested again? Or will none of the above happen? (I guess you’ll just have to watch now to find out.)

This movie is lots of fun, but be forewarned, there are a few stereotypical sad and desperate moments hallmark to independent films. Regardless, the movie is mostly fun.

The thing I find most interesting about this movie overall, and why I enjoy it so much is the type of sci-fi it portrays. Sci-fi may not even be the best term for it. It’s not really fiction, it’s more just a matter of time until its contents are a reality. Maybe in this case it should be called, Sci-matter-of-time. The whole movie for me, strangely enough, created a real sense of want. Being able to give your elderly loved ones a robot to make sure they’re always safe and taken care of is an amazing idea, and it’s really cool to think that we may be closer to something like that then we think.

Don’t throw this movie out right away because of any prejudice you may have against independent films. It might be a little different then what you’re used to, but it’s heartwarming, surprising, and fun. It’s perfect for one of these cold weekends coming up; give it a shot.