The Big Lebowski: Out of my element begins 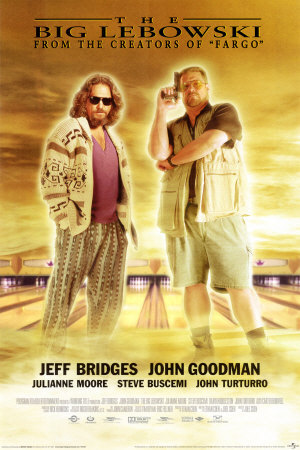 Out of My Element

Let’s begin with the obvious. I have never written a blog in my life. In fact, the very idea of having a blog seems laughable to me. I’m not much of a writer admittedly, and not much of a reader either (just thinking about editing these very words I am writing makes me cringe)

However, I am most definitely a movie guy. I know what I like and what I don’t; and throughout my life have easily watched a few thousand movies. I’ll be choosing the best of the best, my favorites of the thousands to discuss each week. My goal is to introduce readers to some movies they may have never seen before, let alone even heard of, and try to, shall we say, expand their movie palette.

The most important element of this whole experience is going to be an open mind. The movies will be from every genre and time period. Please don’t discount a movie just because you don’t like the genre, or because it was made before your grandparents were born.

Before we begin, please remember, I am by no means a movie critic. I’m just an overweight kid watching movies in his dorm room, hoping to have readers try something new.

So without further ado, let me start my first review, featuring “The Big Lebowski.”

Written and directed by the genius Coen Brothers, Joel and Ethan Coen, “The Big Lebowski” may not be considered their best movie. Other titles like “Fargo,” “No Country for Old Men,” and “True Grit” always seem to give “Lebowski” a run for its money, however, I maintain that the Dude is their true number one.

Released in 1998, “The Big Lebowski” stars Jeff Bridges as Jeffery Lebowski, or as he prefers to be called, “The Dude.” A man who thinks Bermuda shorts, cardigans, and jelly shoes are proper everyday attire, and who finds that spending his days smoking pot, drinking white russians, and bowling are an acceptable use of time. Something that, yes, I’ll say it, makes him perhaps the most lovable burn-out in cinematic history.

Accompanied by his best friend, Walter Sobechak (John Goodman), an overweight Vietnam veteran with a knack for yelling and over-reacting, this movie has quite possibly anything and everything anyone who loves a good comedy could ever want.

There’s alcohol. There’s pornography, there’s swearing (for those of you who like math, the F-word is said 260 times in this movie, at a rate of about 2.22 times a minute), and with a supporting cast assembled in heaven, this movie is worth every second of your time. Julianne Moore plays Maude Lebowski, the feminist artist, John Turturro as Jesus, the bowling pedophile, Steve Buscemi as Donny, The Dude, and Walters third wheel, Tara Ried (before she became a terrible actress), as Bunny Lebowski, a former porn star and gold digger. The list continues with Sam Elliot as the ominous stranger, and rounding everything off, the great David Huddleston as Jeffery the Big Lebowski himself.

The movie starts with a beautiful narration by The Stranger, and is followed by an incredible bowling montage to the song “The Man In Me” by Bob Dylan. If the first five minutes of the film don’t make you want to keep watching, I don’t know what on earth you could possibly call a great opening hook.

The rest of the story from there, I’ll admit, is a bit hectic. After being attacked in his apartment by thugs who are looking for a Jeffery Lebowski to repay his wife’s outstanding debt, not to mention after having his favorite rug urinated on, the Dude goes searching for the other Jeffery Lebowski, the “Big Lebowski,” in order to obtain some form of compensation for his soiled rug.

Hours later after a bowling match with Walter, the likes of which I’m sure you’ve seen in a meme somewhere on the Internet (“Am I the only one around here who. . .” ), the Dude arrives home to find that the other Jeffery Lebowski is requesting his service to help get back his now kidnapped wife, Bunny Lebowski.

It’s at this point in the movie where I must stop describing it to you.

Partly because the plot gets a little more hectic (yes, more hectic), and because if I were to go any farther, I might ruin some of the most delightfully random surprises this movie has to offer.

To leave you with some advice for watching this movie, it’s to simply keep an open mind. It’s definitely not the stoner comedy its reputation leads you to believe, and, in fact, the ending is so bittersweet, you might just mistake it for an epic tragedy.