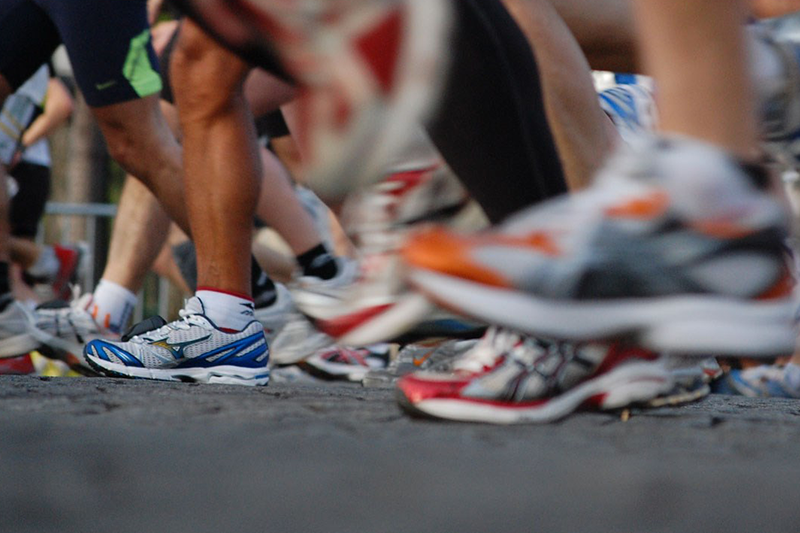 MOON TOWNSHIP — Hundreds of runners are expected to compete in the 11th Annual Harvest Moon Race on Saturday.

Over 300 participants will compete in a 5K, 10-mile and various kids’ races starting at 8:30 a.m. on Saturday. The competition serves as a fundraiser for the St. Philips Church student ministry program. More than 120 students from middle schools and high schools in Moon Township and around the region gather weekly to take part in the church’s program.

Drivers will be detoured around the race course, according to Moon Township Police. The police department posted to their Facebook page that multiple roads will be closed for the race.

With winter weather setting in, runners may be deterred by the freezing temperatures, snow and ice.

“This is the 11th year, and last year it was a day like Thursday and a lot of people didn’t come,” said Chickini. “It was miserable last year. The volunteers had to stand in the rain, but they did it. It happened and it was successful.”

Chickini, volunteers and runners are all hoping for a different forecast for this year.

One organization that is lending a helping hand is the Sigma Tau Gamma fraternity at Robert Morris University. The organization plans on having six to eight members volunteer.

“We started planning it out about a month ago and we have about six or eight guys that are going to be helping with registration and handing out water,” said director of community engagement for Sigma Tau Gamma, Christian Rogers.

Rogers says that the fraternity has a relationship with St. Philips Church as one of the organization’s alumni is a member. The fraternity which was originally founded at RMU during the 1990-91 academic year was disbanded in 2006 due to the lack of enrollment, said Rodgers.

But now the organization is looking to get a fresh start with a strong message.

“We want to be known for giving back to the community,” said Rogers.

The Maryland native said Moon Township has been nothing but good to him since he first came to Pennsylvania.

“I’m not originally from Pennsylvania or Moon Township, I’m from Maryland,” said Rogers. “Moon has really given a lot to me. It’s a nice, safe community, nice people, it’s so pleasant.”

Rogers says that volunteering for the community is more than just for the fraternity, there’s a deeper meaning.

“I want to give back and thank them for making me feel so welcome,” said Rogers.