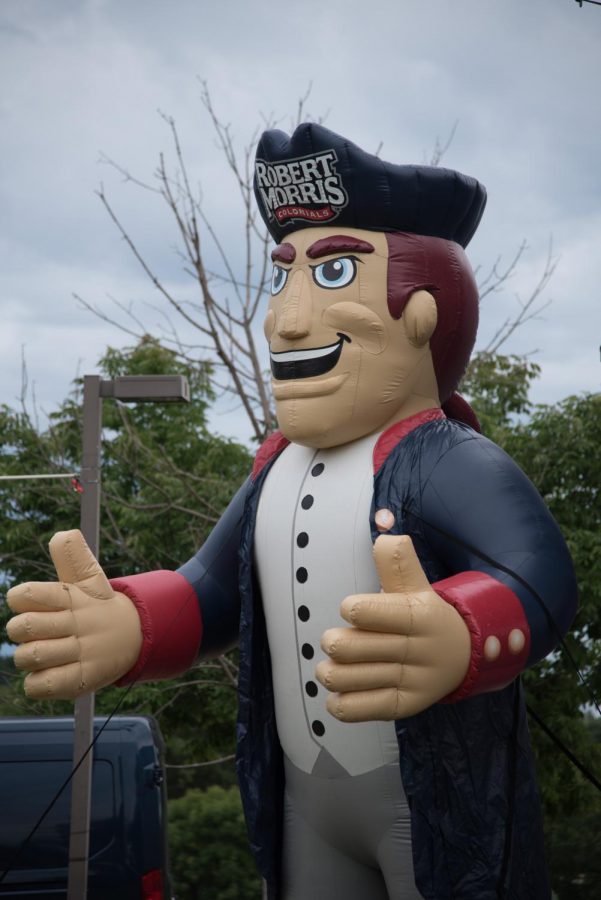 Bobbymania is one of the most anticipated events on the RMU Calendar and it returned on Saturday. After not being able to hold the event last year due to COVID-19, everyone was buzzing about how much fun it would be.

Originally set to take place on Aug. 29, inclement weather pushed the event back even further. However, postponements didn’t stop the student body from attending and having fun.

The night kicked off with the RMU band marching down the sidewalk by the Nicholson Lawn followed by a free shirt giveaway.

After that, it was time for some fun. There was so much to take part in: a dunk tank, prize wheel, giant inflatable slide, music, a photo booth, and free food. There was something for everyone.

Dr. John Locke, director of student involvement and theatrical productions and Bobbymania mastermind, shared some of his thoughts on Bobbymania and how sorely it was missed last year.

“I absolutely love Bobbymania. It is the biggest event that we do every year. Not having it last year was heartbreaking,” Locke said. “This year, being able to have it is like having life on campus again.”

He also said how events like these bring people together.

“It’s the upperclassmen essentially saying welcome to the new students,” Locke said. “[It’s] a chance for the new students to introduce themselves to the RMU family. This is a spectacular event, and I hope everyone is having fun, and it looks like they are.”

The night concluded with everyone gathering around the stage and on Nicholson Lawn to watch fireworks. Attendees were singing and chanting, and everyone dancing and jumping around. Overall, everyone really enjoyed themselves, and it was a great way to help kick off the 2021-22 year at RMU.