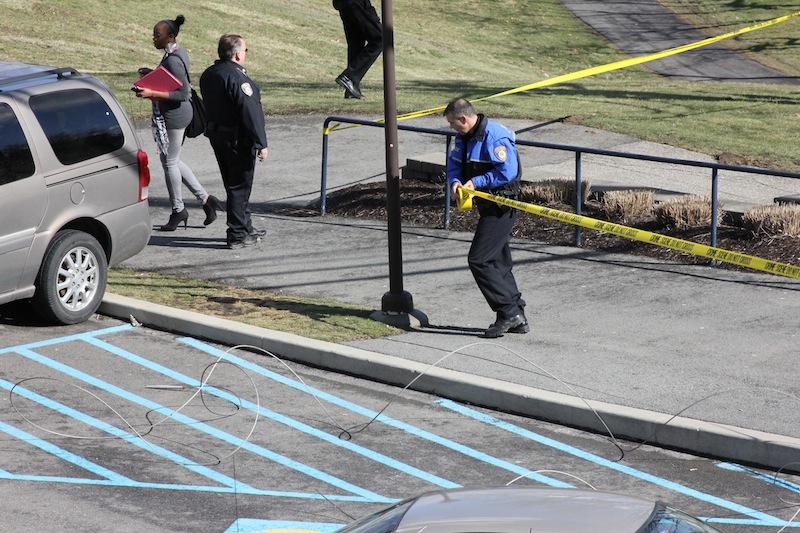 RMU closed  and classes were canceled at 1 p.m. on Monday after a campus-wide power outage left many buildings on the Moon campus in the dark.

Power went out across RMU’s campus around 11:45 a.m. on Monday. An RMU Alert sent to students and staff around noon stated that Duquesne Light is aware of the power outage and is working to restore power.

“I was sitting in my office and saw a big blue explosion,” said Vice President of Student Life John Michalenko, concerning the power lines down behind the Nicholson Center.

According to Duquesne Light’s initial estimates, a tree fell on power lines in the lower John Jay parking lot. Another power line went down near Washington Hall’s A Tower and behind the Nicholson Center.

Michalenko said that as of 1:30 p.m., Duquesne Light has three units mobilized on campus and estimates that the power will be restored within  3-5 hours. Around 3:45 p.m., power was restored to the Moon campus.

Michalenko said that food will continue to be served in RoMo’s. He said at 4 p.m. the Food Court will be cooking on a barbecue to serve hot meals until 8 p.m. Students’ names and card numbers will be taken down taking numbers off card and name go into system later.

Michalenko said if power is restored before 8 p.m., the Food Court and RoMo’s will remain open for its regular hours.

Checkout the photos on the side of the power lines down behind Nicholson and Washington Hall.