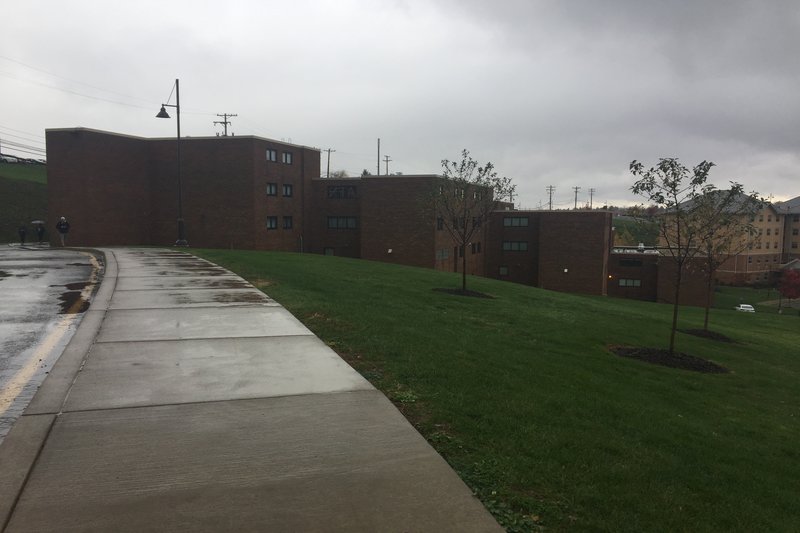 Students at Robert Morris University have reported brown water coming from showers and sinks in certain towers of Washington Hall on Wednesday and Thursday.

“The brown water is a result of the work done and will clear out. No calls to Colonial Central were made regarding the discolored water, which is the channel through which those issues should be directed,” said Mark Stancil, senior communication specialist for the university in an email.

The work being done was an emergency repair to the hot water system.

Two emails were sent out to students in the affected towers in Washington on Nov. 2 at 2:34 p.m. and 5:15 p.m. in regards to the water being shut off and the repairs.

The first email from Colonial Central said “An emergency repair on the hot water system is being made which affects the Washington Suites listed above. Facilities is actively working to get hot water service restored. A notification will be sent when repairs are complete.”

In the second email from Colonial Central, students were alerted that hot water had been restored to Washington.

As of right now, certain suites still have brown water.

“This morning when I went into the bathroom to shower, the water coming out of the shower head was brown. I let the water run for a few minutes but it was still brown, so I turned on the other shower. That water was brown too, but after a couple of minutes it looked decently clear enough that I took a shower,” said RMU student Jessie Kaczmarek, who lives in Washington, in a text message.

Kaczmarek said that following her shower she brushed her teeth and the water flowing from both of the sinks was brown. According to Kaczmarek, after running the water for about 30 seconds it turned clear, but every time she turns the sink off then turns it back on, the water turns brown again.

Maintenance is currently working on an announcement to send to the affected towers regarding the issue and how it will be resolved.

An email was sent out to the affected suites at 12:39 p.m. on Wednesday by Colonial Central telling students that if they are experiencing discoloration of their water to “run the water in their faucets and showers for a period of time until it clears.”