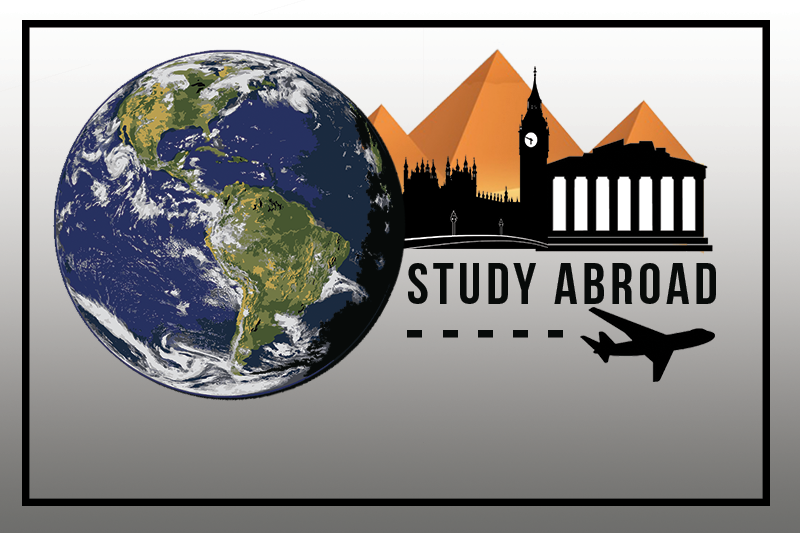 Out of the approximate 5,358 students enrolled at Robert Morris University, 541 of the students are international.

“If you study abroad,” said Rick Moslen, manager and international support services for CGE. “You don’t want to study abroad and then just have class with the same people from where you just came from. That’s not the point. The point is for them (international students) to be immersed in our culture.”

“Currently we have 41 countries represented on campus,” said Brett Luther, admissions counselor for international programs. “[Saudi Arabia] is our largest and Canada comes in second.”

The Study Abroad Program is run by the Center for Global Engagement. CGE assists incoming international students in their efforts to enroll at RMU and help students from RMU set up a program to study in a different country. There are a series of steps that have to be checked of the list before a student can go anywhere.

“We do everything we can to push students a little bit more to kind of get out of your comfort zone a little bit,” said Moslen.

“Students are accepted by the admissions department,” said Moslen. “Once they are accepted, that’s when our office (CGE) kind of takes over the process. We have to verify that documents are valid and everything like that, and then we issue a document called an I-20.”

“So that I-20 is an official federal document and we send it to the student and that student gets that document in order to make their visa appointment at the American Embassy in whatever country they’re in,” said Moslen. “So, its a whole interview they go for. They bring all their documentation, including their I-20, and then if they get a thumbs up, they can issue the visa.”

The next step is to complete the F-1 visa application. Students need to plan six weeks in advance to obtain this visa before they arrive in the U.S. The students then make an appointment at the U.S. Embassy closest to them in order to complete the process. Students with a J-1 visa are exchange students are generally only in the U.S. for a semester.

The application process can take a while because students from countries outside the U.S. also have to complete tests to be accepted into the university. The main test is one where they have to know the English language and get a specific score to be allowed to apply.

“They (international students) are on F-1 visas, that’s a student visa,” said Moslen. “So they are able to obtain that visa because they are enrolled in a specific program. So they are here for four years to complete that program.”

The process is different for students in the United States who have an interest in studying abroad. U.S. students do not have to take a language test and the visa forms have to be filled out according to the rules of the country, and some countries do not require a visa to stay for an extended period of time. Also, classes in countries with a different language teach in English.

“We have partner institutions, so those are schools we have agreements with where students are able to pay RMU tuition, but study there,”said Moslen. “So some students will take advantage of that. You also have third party providers who can craft a study abroad experience for that student.”