Change for better or worse? 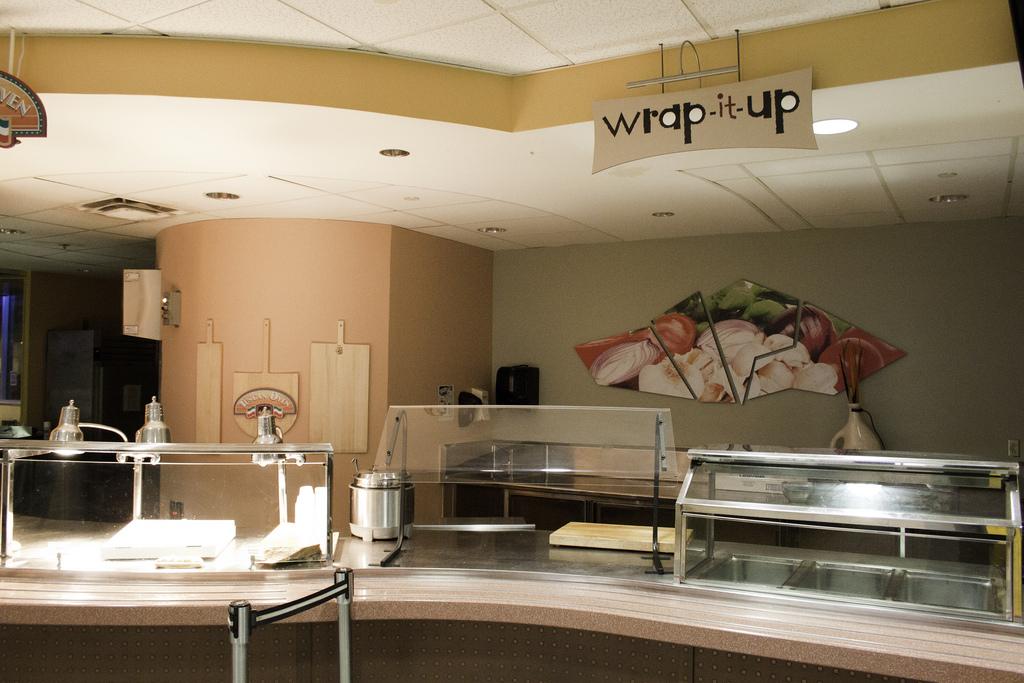 In returning to campus after winter break, students noticed changes in the Nicholson Food Court. For the 2012 spring semester, the popular Crowd Pleasers has been moved and merged with the Parkside Diner. This open spot enabled the Mexican and ethic foods to take the former spot of Crowd Pleasers.

“Every year something is supposed to be changed to introduce new products and foods,” stated Chef Ed Moore, who typically makes the pizza served in the food court.

Moore went on to say Robert Morris University is continuing its efforts to create a healthier food selection, while also taking into account those who are vegetarians and want to eat healthier.

“Crowd Pleasers didn’t have a large variety, so they combined it with Parkside Diner to enable a larger variety, but also introduce new selections for students,” added Moore.

Student reactions to the changes, which have affected food selections for breakfast, lunch and dinner, were mixed.

“I feel there should have been some notification of the changes that took place. Maybe even an email to inform us,” said junior Mackenzie Chambers.

Both Angus Thomson and Teagan Lindsey also voiced their discontent with the changes.

“It does take more time to get food, but there is more variety. They took the most popular foods and gave it a more permanent station,” Lindsey said. “I did like how Crowd Pleasers had a schedule; it seems random now. I came for popcorn chicken on Monday and it was unavailable.”

Thomson had a similar opinion to Lindsey.

“The line congestion bothers me, and I do miss the sandwiches from Crowd Pleasers.”

On the other hand, both Lee Anderson and Christian Lescznske said they do not mind the change because they usually never bought from Crowd Pleasers.

Still others remain indifferent to the changes.

“There is not enough variety.  I don’t mind the changes, the food is still good,” commented freshman Westley Snipes.

In addition to the changes in the Nicholson Food Court, Romo’s Café now offers hot breakfast sandwiches that are available from 7 – 10 a.m. daily.

The Nicholson Food Court has changed numerous times with the renovation this past summer being the most recent and notable. Each change has always been in the interest of improving the quality and variety, but, with the most recent change, not everyone is a fan.