Collegefessions: A little too much information? 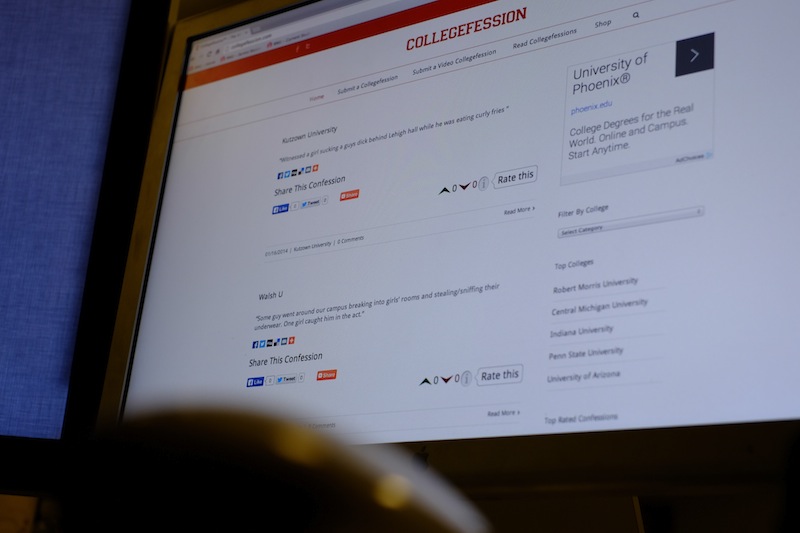 Robert Morris University is becoming more known across the country not because of its academics, but the new Twitter craze called Collegefessions.

The Twitter account has over 327,000 followers and has been growing each day. The account has quickly become an entertainment hit across the country in a very short period of time.

Robert Morris is currently the top rated and top college on the confessions feed surpassing Central Michigan University last week. Collegefessions has caused quite the stir among students about validity of the confessions and who they are about. Certain confessions have even had sub-confessions setting previous ones straight.

Though the account may be entertaining, the question stands as to whether it is giving Robert Morris and the attending students a negative reputation. The language used on the site is very vulgar and inappropriate when describing scenes with alcohol in certain submissions. The explicit sexual content that is used in many of the confessions gives a bad reputation to that university’s students.

Senior class president Chauncey Alexander shared his opinion on the account and what RMU students are tweeting.

“I definitely think the Collegefessions page is not good for our school at all. It actually makes us look like we don’t really value education as much,” he said.

However, many students think of the account as a source for entertainment.

A few confessions have disagreed with RMU’s reputation, explaining about how Robert Morris is a ghost town on the weekends. Freshman student Victoria Williams agreed.

“I think that some of the stories on that page a kind of stretched and that’s not cool,” she explained. “I don’t see that coming out of Robert Morris and can’t see that happening here.”

Do you think that the confessions are damaging the reputation of RMU and its students? How valid do you believe the stories to be? Wild facts or stretched imagination? Feel free to leave your comments or opinions below.