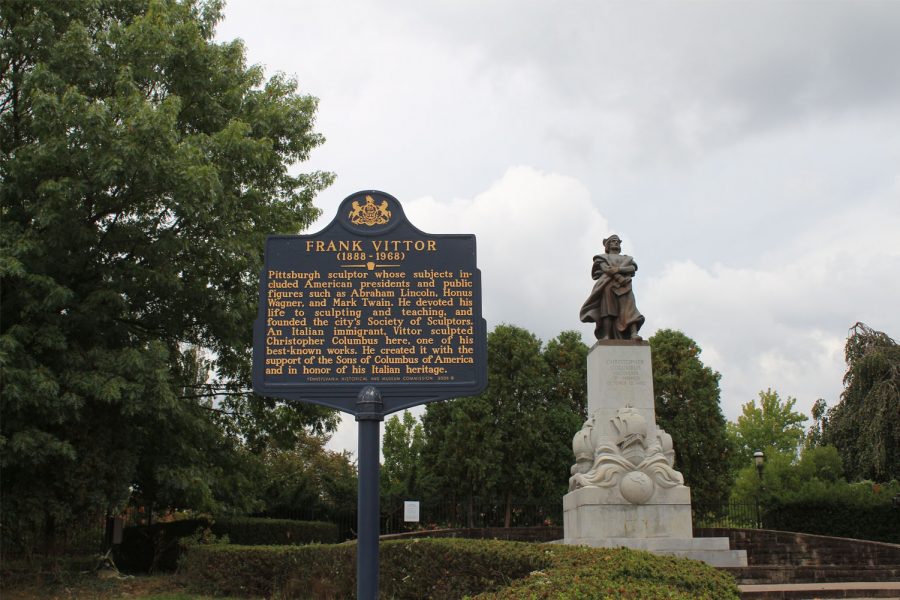 PITTSBURGH — The Pittsburgh Art Commission has unanimously voted to remove a statue of Christopher Columbus from Schenley Park.

The statue of the famed explorer has stood in Pittsburgh’s Schenley Park for over 60 years, representing a symbol of beloved heritage to many Italian Americans and a dark side of history for others.

Christopher Columbus’s beginnings as a national symbol for the birth of the new world came in during a time of revolution.

“When other famed explorers such as Henry Hudson and John Cabot at the time had better claims to discovering the new world than Columbus but they sailed under a British flag,” said Edward Burmilla in an article for The Nation.

Burmilla argues that these explorers sailing for the British empire served as a symbol of their imperialism, so Americans wanted their ties severed as best as they could with these figures. As a result, Colonial Americans rallied behind the Italian explorer’s mistake of trying to find East-Asia and its Indian population.

His tales and explorations would be shown and taught in American school’s curriculum throughout most of the 19th century and into the 20th century, hailing him as the non British narrative that Americans could use to separate themselves from their former ruler.

But now, that narrative is starting to change. As time progresses so does the revision of history and Columbus`s narrative.

An article from KDKA, mentions that The Italian Sons and Daughters of America have a respective issue directly with the art commissions ruling, feeling this violates their heritage and it is erasing the valued people who helped build the communities they have come so near and dear to them.

While these organizations have issues with the removal, other citizens in the community see a problem with hailing the Italian navigator due to his acts against Native American peoples.

“Honestly? It sounds great,” said Cal, a visitor to Schenley Park. “I hate Christopher Columbus. I think loads of people, who know anything about American history do at this point.”

With the internet and so much information at anyone’s fingertips, it’s easier to see these historical figures in different lights and to really learn more about them than when they were distinguished and glorified for so long.

When others gave statements about their feelings directed towards Columbus, the general consensus had the same ideas about his removal from the park and the history he represents.

“I feel like it’s a false narrative, discovery of America,” said Adriana, another visitor at Schenley Park. “When there were already people here, the Native Americans,” said Adriana B.

She had also given insight into what could be done about the national holiday of Columbus day.

“I like the narrative of changing Christopher Columbus Day to like Indigenous Day to put a spotlight on Native Americans. I don’t think he should be getting any attention right now, especially with Covid and Native American reservations not having any resources.”