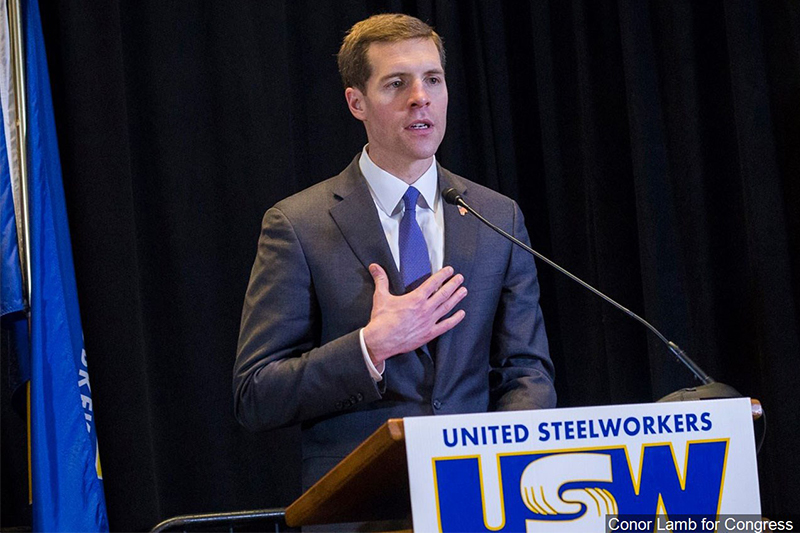 On Saturday, Congressman Conor Lamb spoke at a rally in Massey Hall at Robert Morris University. Congressman Lamb spoke on a number of topics which he is passionate about and involved with in Washington.

At Saturday’s rally, Congressman Lamb discussed his plans for supporting Medicare and how he believes that senior citizens should not have to choose between whether they can get food or their prescribed medications.

Lamb also spoke about Social Security and how the people who paid into it since they were teens should be getting the benefits they deserve. He even mentioned a bill he is apart of called Social Security 2100. The bill is exactly what it sounds like. It will assure Social Security through the year 2100.

Congressman Lamb also briefly talked about generating more jobs here in Pittsburgh and strengthening the Affordable Care Act (ACA), but one thing he stressed more than anything else is being able to have a voice, specifically voting.

Congressman Lamb encouraged over and over that everyone, more specifically students, should register to vote if they have not done so already, and go vote in November.

“Get out and vote,” Lamb advised the audience. “No matter who you vote for, you are exercising your right. If you are not yet registered, get registered.”

For the latest news and updates on Congressman Conor Lamb and all election coverage, stay tuned to RMU Sentry Media.