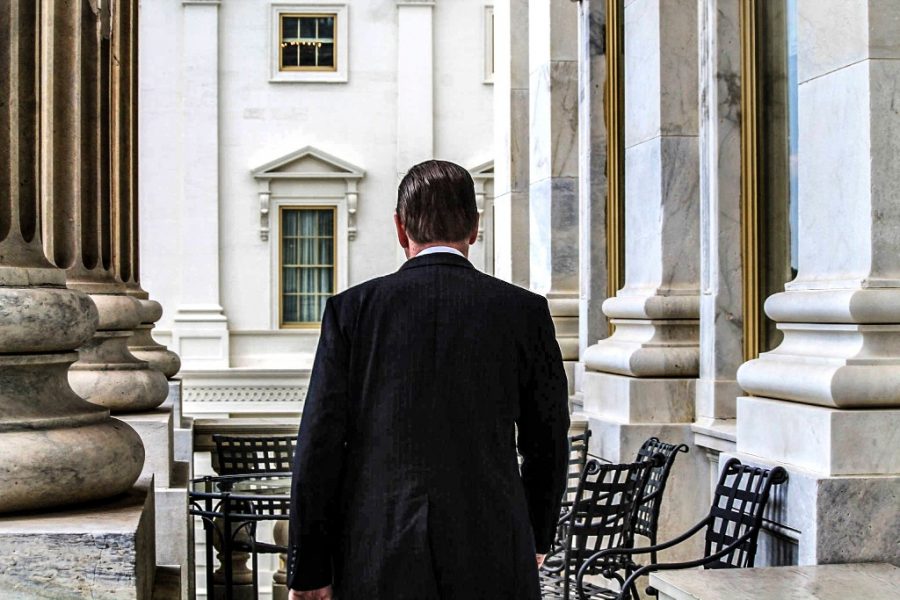 Congressman Keith Rothfus from the current 12th District is running for re-election in the 2018 election for the new 17th District.

According to the New York Times, the redistricting of Pennsylvania provides a more competitive race for Congressman Rothfus, the Republican candidate.

“It is what it is. I’m geared up to run in a new district, but frankly I was very concerned with how the whole lack of transparency that the Pennsylvania Supreme Court took in what was really a violation of the federal Constitution,” said Rothfus. “You look at what’s happened up in Butler County. Butler County will now have three congressional representatives. It should have gone back to the state legislature. But again, this is what we’re working wirth right now, and I’m prepared to be running in the new 17th district.”

According to the Washington Post, the redistricting of the Pennsylvania map was due to Republicans being accused of gerrymandering. Gerrymandering is done to manipulate the lines of a map in favor of one party.

“I think the result in the 18th district showed you that Democrats could compete in the districts that people are challenged as being gerrymandered. Again, there are more registered Democrats in the 18th than registered Republicans,” Rothfus said. “I think that you have to take a look at the types of people who run in these races. And again, I’m looking forward to having a robust exchange of ideas in the election.”

Currently, the 18th Congressional District was given to Congressman Conor Lamb who won by 20 points, according to USA Today. Congressman Rothfus will now campaign against Congressman Lamb for the new 17th District.

“This is an opportunity for the American people to take a look where things are at. They can ask questions like ‘Is this person doing what they said they would do?’ And certainly I have been doing what I said I would do,” said Rothfus. “I talked about saving Medicare and social security, I have a new piece of legislation that’s now a part of law that allows seniors to switch between medicare plans. The Affordable Care Act took that right away for seniors, I restored that right in the legislation.”

Congressman Rothfus plans to run by the same principles and looks forward to debating against his opponent in 2018.

“So, we’re going to run on the record we have. We talk a lot about the tax cuts and jobs act and how important that was to put America in a much more competitive position. It will result in lower taxes for people across the board,” said Rothfus. “It puts American businesses in a far better shape than say their Mexican or Chinese counterparts because American businesses will be paying lower taxes. So more people are seeing more money in their pockets and this is going to be a good story for us going forward.”

The Congressman spoke about how the people’s concerns are on many issues. One of those issues is  healthcare and the Affordable Care Act, an act created in 2010 by President Barack Obama.

“There’s always many issues that people are concerned about. I continue to hear concerns about healthcare, people’s cost continue to go up. This is a continuing impact of the Affordable Care Act where people have lost their plans, they’ve lost access to their doctors, they have not seen the savings that President Obama promised. So, we need to provide more choices for people,” said Rothfus.

Congressman Rothfus encourages votes to look at the policies of each candidate. In his campaign he will “trust the people and power the people.”

On Feb. 14, a school shooting occurred at Marjory Stoneman Douglas High School. The nation is now debating on gun control. Congressman Rothfus has been involved in trying to find solutions.

“Everybody’s got to be very concerned about school safety and make sure that people who should not have access to guns do not have access to get guns,” said Rothfus. “We have passed legislation that is now a law the Fix NICS Bill…which takes a look at the background check system and we know that the records have not been put in that should be put in. So that is going to improve.”

The Fix NICS Bill is the National Instant Criminal Background Check System that was signed in March of 2018. This act improves background checks and enhances the systems doing these checks. Congressman Rothfus also signed the Stop School Violence Act of 2018, which was signed to improve schools’ security measures.

“We have the Stop School Violence Act, we are authorizing programs, taking a look at gaps that might exist within schools, of how we identify people who might be a problem, how we secure our schools,” said Rothfus. “Though again, this is an issue that we’re going to continue to look at and any parent, any teacher, any student is right to be concerned and looking at this.”

College students also have concerns when it comes to choosing a school and student debt. Congressman Rothfus is concerned at the rate that tuition is growing.

“We got to make sure that we are very mindful of what kids are going through. I’ve become alarmed at the rate at which colleges continue to increase their tuitions. We continue to supply substantial student aid. We want to make sure that those programs are working properly, getting to the programs that are effective. Again, I think students need to be aware of the very different career paths that they have, that there is dignity in every type of work,” said Rothfus.

The new 17th Congressional District’s election will take place in November of 2018.