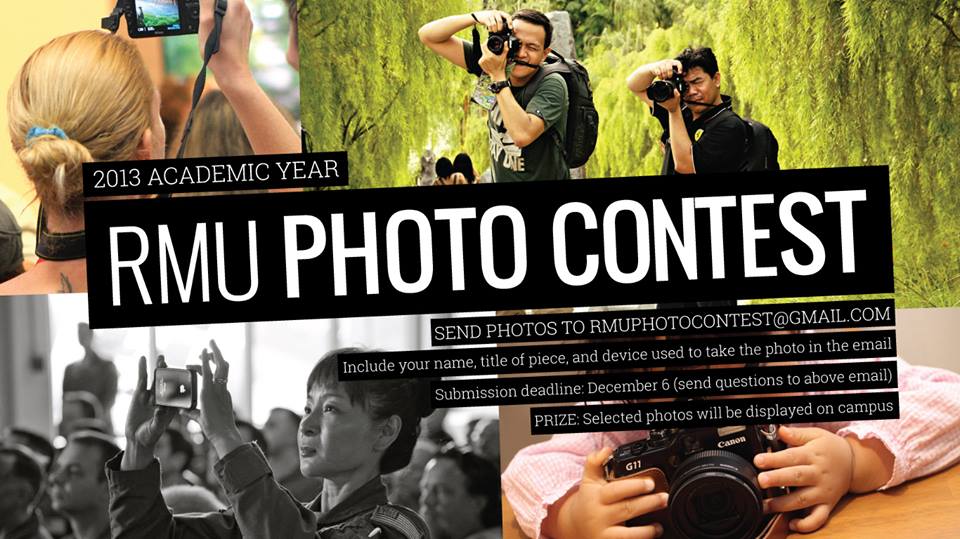 Seeing the outdated photographs depicting student engagement in the Edward A. Nicholson Student Center rotunda encouraged Jenna Hidinger and members of Julianne Michalenko’s business and professional communication course to try to replace the pictures for their final project.

However after proposing the idea to John Locke, the Director of Student Activities, the task force decided to approach their concept from a different angle.

Originally intending to swap nearly all of the photos that line the walls of the rotunda with current ones, the members of the honors class altered their intentions due to financial reasons, and as a result, are holding a photo contest promoting art appreciation throughout Robert Morris.

“The current art on campus was the inspiration because a lot of it is outdated, very faded, and decrepit,” said Hidinger, a junior. “I had a feeling that we were going to change our project goal, but I’m really glad that it is taking off and that we’re able to take action about something that we see a problem in.”

“Walking around campus, we decided that it [RMU] wasn’t very aesthetically pleasing at the moment and we thought that we could contribute to make it a better and more welcoming place for other students,” Oster said. “If we get a lot of good ones, I think blowing up those pictures and putting them on the wall [of the Cafeteria] will show what campus is like presently, rather than the pictures up right now that are from 1996.”

Before beginning the contest, however the group had to designate specific procedure for its entries.

“All you have to do is send the photo to our email, [email protected], and include your name, the title of your photo, and the device you used to take it,” said Catherine Bush, a project associate. “The deadline is December 6 so we can select the photos by finals week and the prize is that they will be hung somewhere on campus.”

Stimulating photography at RMU will not only benefit current students, but prospective ones as well.

“I think art is important to have on campus because it shows what campus life is really about, it shows what people are involved in, and what you could also become involved in,” said colleague Allyson Copeman. “It will also encourage students to become more involved on campus and it will show them that they can make a difference.”

Hidinger hopes the competition will gauge the interest of as many different students as possible.

“I’d really like to see more people involved in the arts and more people having a desire to be involved,” she said. “As a Media Arts major, it’s really important to me that our university represents that section of the school well.”