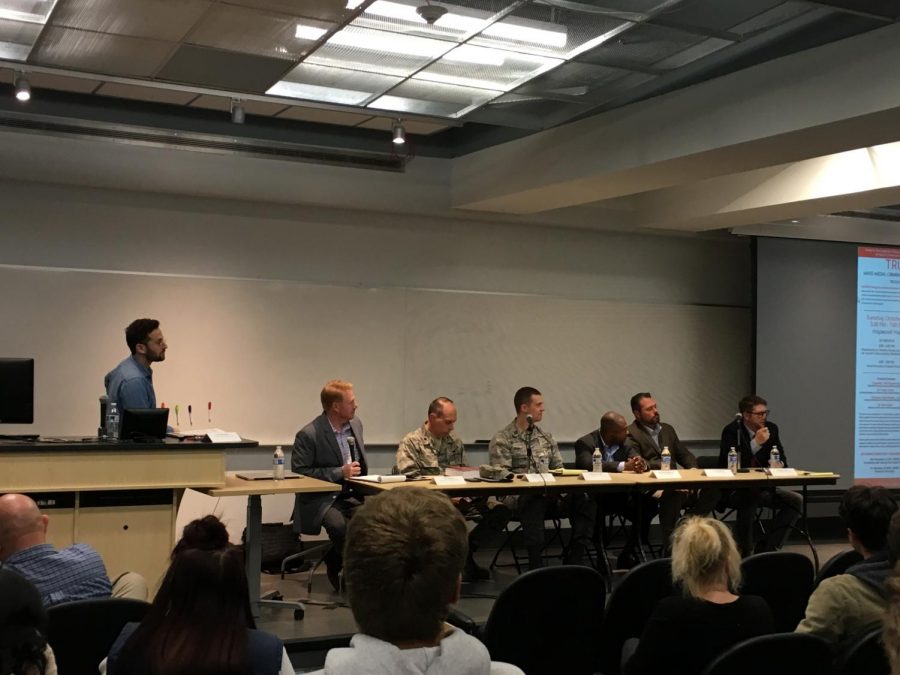 MOON TOWNSHIP – Nonfiction filmmaker Tom Rosenberg held a presentation and panel discussion on Tuesday in Hopwood Hall. The presentation was titled “True Crime: Mass Media, Criminal Justice & Documentary Practice. For an hour and a half, Rosenberg discussed his upcoming feature film, today’s technology and the future of solving crime.

The first part of the event was a presentation done by Rosenberg himself. He explained how he has been researching for his next film, a feature film. The film will be about the convicted murder and rapist Timothy Hennis.

According to Rosenberg, Hennis is the only U.S. citizen to have been sentenced to death, exonerated and sentenced again. Rosenberg discussed the evidence from the case and what it means to him as a filmmaker.

After the presentation, a panel of experts discussed today’s technology and how it is involved in solving crime and how it will impact solving crime in the future. The panel included many people in the crime-solving field such as Dr. Frank Hartle, the assistant professor of criminal justice, police detective and special agent, Professor Don Seaton, J.D., assistant professor of Criminal Justice and former agent of the FBI, and Dr. Gary Davis, professor of computer and information systems.

Each of the panelists discussed how there have been many new technology updates such as crime lab tech and simple, everyday things like the Apple Watch, are helping to solve crime in ways that couldn’t have been imagined in the 1980s. They also all agreed that these revelations will continue to come. The brightest and best technology is only 10-16 years in the future.