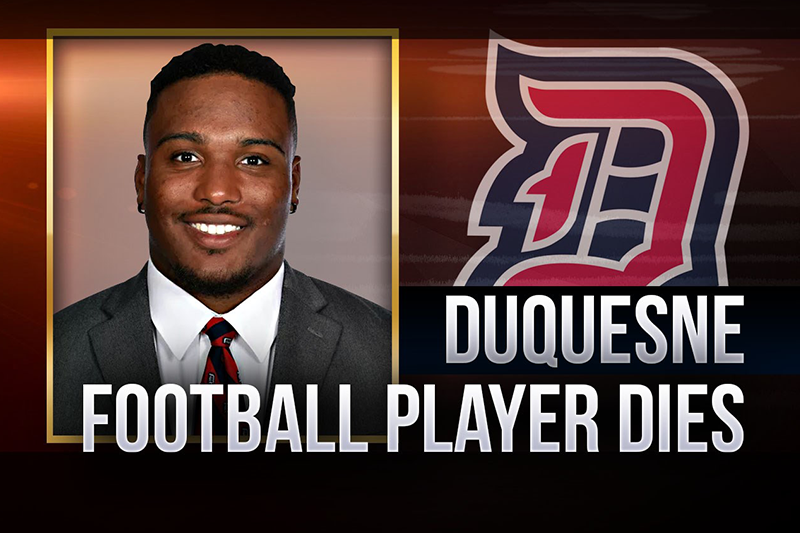 PITTSBURGH — The investigation into the death of a Duquesne Univesity student and football player has been completed, according to police.

The incident that took place on Oct. 4 at approximately 10:24 p.m. claimed the life of 21-year-old student Marquis Jaylen Brown. Police concluded that the Washington, D.C., native football player jumped from the 16th-floor window of a residence hall.

Authorities released in a report that Brown was visiting with friends off-campus before returning to his apartment style dorm located on the 16th floor of Brottier Hall at Duquesne University. According to surveillance footage and several witness statements, police say that Brown was acting erratically in the elevator and hallway while walking to his dorm. Students called 911 to report the behavior.

Duquesne University Police and campus security responded to the dorm at approximately 10:05 p.m. for calls of a possible fight, according to officials. Officers entered the room and spoke with Brown and his roommates. Police say they did not find a fight, but instead, friends trying to calm Brown down.

Authorities say Brown then picked up a chair and broke the window before he jumped from the 16th floor.

Duquesne Police contacted EMS before attempting to save Brown’s life. Pittsburgh Police and EMS crews responded to the scene on Forbes Avenue. Brown was transported to UPMC Mercy hospital where he later died of his injuries.

According to officials, drug testing showed that Brown had marijuana in his system.

Witness statements say that there was no physical altercation between Brown and law enforcement officers.