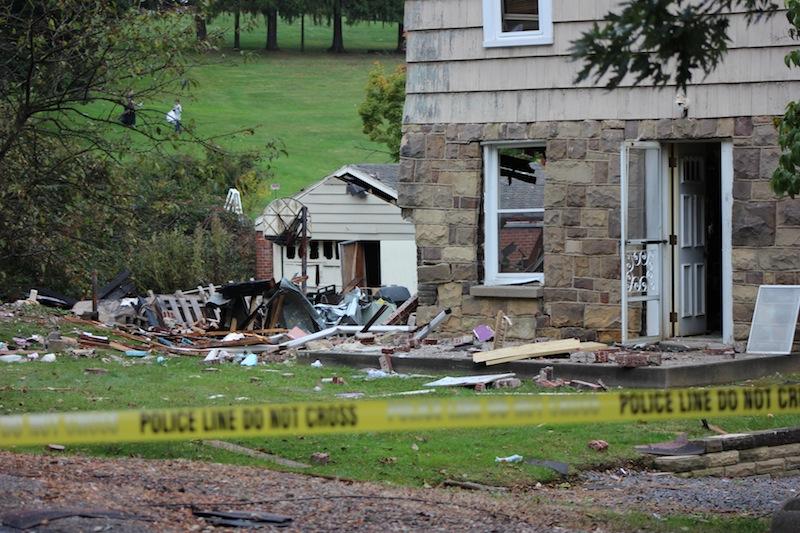 Devastation, destruction and despair are just a few of the words used to describe what neighbors are calling an absolute tragedy as a house in the typically quiet and peaceful Moon neighborhood of Charlton Heights was leveled in a violent explosion shortly before 7 p.m. on Saturday night. According to WPXI, two men, homeowner Shawn Landa, and neighbor Alan Lisica, were pulled from the debris and subsequently taken to UPMC Mercy, where the two men remain in serious and fair condition.

While no official cause has been determined at this time, current speculation points to a natural gas explosion, as neighbors recall the odor of gas shortly after the blast. In a cooperative effort, members from the Moon fire department, Moon police, Columbia Gas, and the Allegheny County Fire Marshal were on scene today photographing the damage and continuing their investigation into what caused the explosion.

Neighbor and first responder Tom Laskey recounted the explosion as he sprung into action and rescued Lisica, who was trapped under a desk in his home. After hearing a faint cry for help, Laskey, accompanied by his wife and son, promptly reacted and dug out Lisica, who was pinned down by debris.

“We literally saw it blow up. You heard it, you didn’t actually focus in on the explosion,” he explained.

Another neighbor, Kim Towery, was home last evening in her basement just a few houses down from where the explosion occurred.

“There was an extremely loud, ‘bomb bang’ sound and everything shattered and you heard broken glass flying.” said Towery.

As of this afternoon, traffic remains blocked off on both sides while the investigation and cleanup continue. This story will continue to be updated as more information is released.