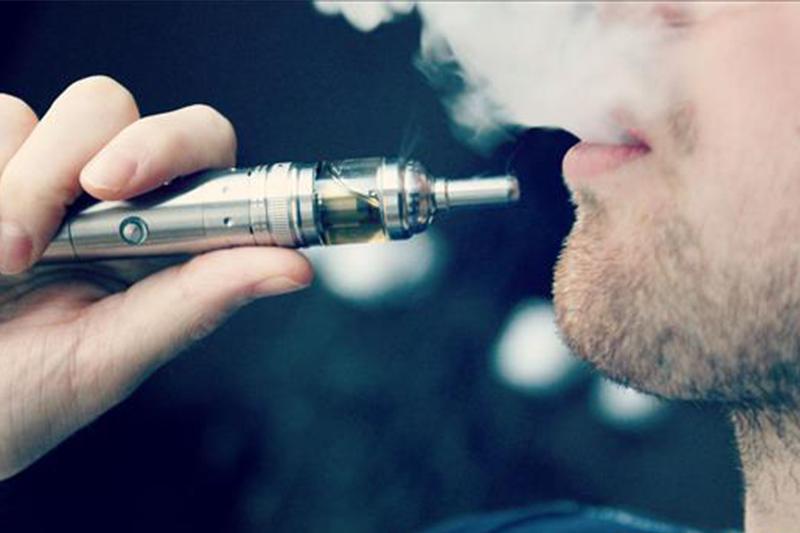 The fire alarms on the campus of Robert Morris have gone off 29 times since the beginning of the semester, with four occurrences due to electronic cigarettes.

An electronic cigarette, better known as an ‘e-cig’ or ‘vape,’ is a “battery operated device that delivers nicotine and other chemicals to users in a vapor instead of a smoke,” according to the National Institute on Drug Abuse. With four out of the 29 times the fire alarms have sounded, e-cigarettes have become a problem on campus. The Robert Morris smoking policy states that “hookahs, vaporizers, and electronic vapor devices” are included in the overall policy.

“No smoking is permitted at any time inside University buildings, residence halls, offices, University vehicles or any other interior space,” is stated smoking policy on the official RMU website.

According to Q&A done with the Commonwealth of Pennsylvania Department of Human Services,  e-cigarettes are not included in the Pennsylvania’s Clean Indoor Air Act. The act, passed in 2008, prohibits smoking in indoor public places. While Pennsylvania law doesn’t prohibit the use of the e-cigarette indoors, Robert Morris policy does.

“(E)ven as a vaper, I think it’s a positive thing not to have it inside the academic buildings,” said Junior Robert Morris student and Cloud Town Vapors, a vapor store in Coraopolis, employee, Cody Sievers. “The academic buildings aren’t a place to be blowing huge clouds of vapor.”

While Sievers believed that smoking in academic buildings should be prohibited, he has a different view on the policy in dorm rooms.

“If they aren’t allowed to be used in the dorms, that’s a little too far. Personally, I would rather have someone vape inside my house (than) smoke a cigarette inside my house,” said Sievers. “I feel if it’s not an issue with roommates, the dorms shouldn’t be a big deal.”

With e-cigarettes becoming a bigger problem on campus, Robert Morris officials have begun to combat this problem. They have been working with other organizations to make students aware of Robert Morris policies.

“We started combating it through, really actually, Student Life trying to combat it. They are making students more aware of it by some emails, making sure it’s put into policy,” said Randy Mink, public safety chief. “I know when our officers respond, and we find out it’s an e-cigarette, we have that little conversation with them (the person).”

The fire alarm system used by the university is highly sensitive and will pick up a lot of common things like steam, smoke, and vapors.

“Are fire alarm system here, I think works really really well, but they’re really sensitive. So I mean, we’re getting fire alarms from the showers going off, from females using the straighteners and the blowers, and cooking, and e-cigarettes,” said Mink.

Sievers believes educating others on what e-cigarettes are and how they work would be beneficial. Many people are unaware of how the devices work and how they can potentially replace traditional cigarettes.

“The biggest issue people have with vaping or e-cigs is they don’t know the safety and educating people on the issue,” said Sievers. “The safety behind the devices as juice could save lives and potentially put big tobacco out of business which is every vaper’s dream.”

With e-cigarettes, as well as other causations, sounding off many false alarms, the Moon Township Volunteer Fire Company is being bombarded. This is causing them to create a “false sense of security” if the call is not canceled in time.

“They’re going to get tired of responding. And they get less and less guys because it’s a volunteer department, as opposed to a paid department, so then you’re setting something up maybe for something happening later on,” said Mink.

The Moon Township Volunteer Fire Company has a Twitter account where all of the department dispatches are tweeted out. Back in August, the account tweeted about being dispatched to Yorktown Hall. Upon looking at the police blotter, no incident had occurred and maintenance was able to reset the alarm panel. The fire department was still notified and dispatched to Yorktown, according to the Twitter account.

Public safety wants students to know the effects that follow setting off a fire alarm by smoking an e-cigarette. They believe students should treat e-cigarettes like traditional cigarettes in the sense that they should be smoked them outside in designated areas.