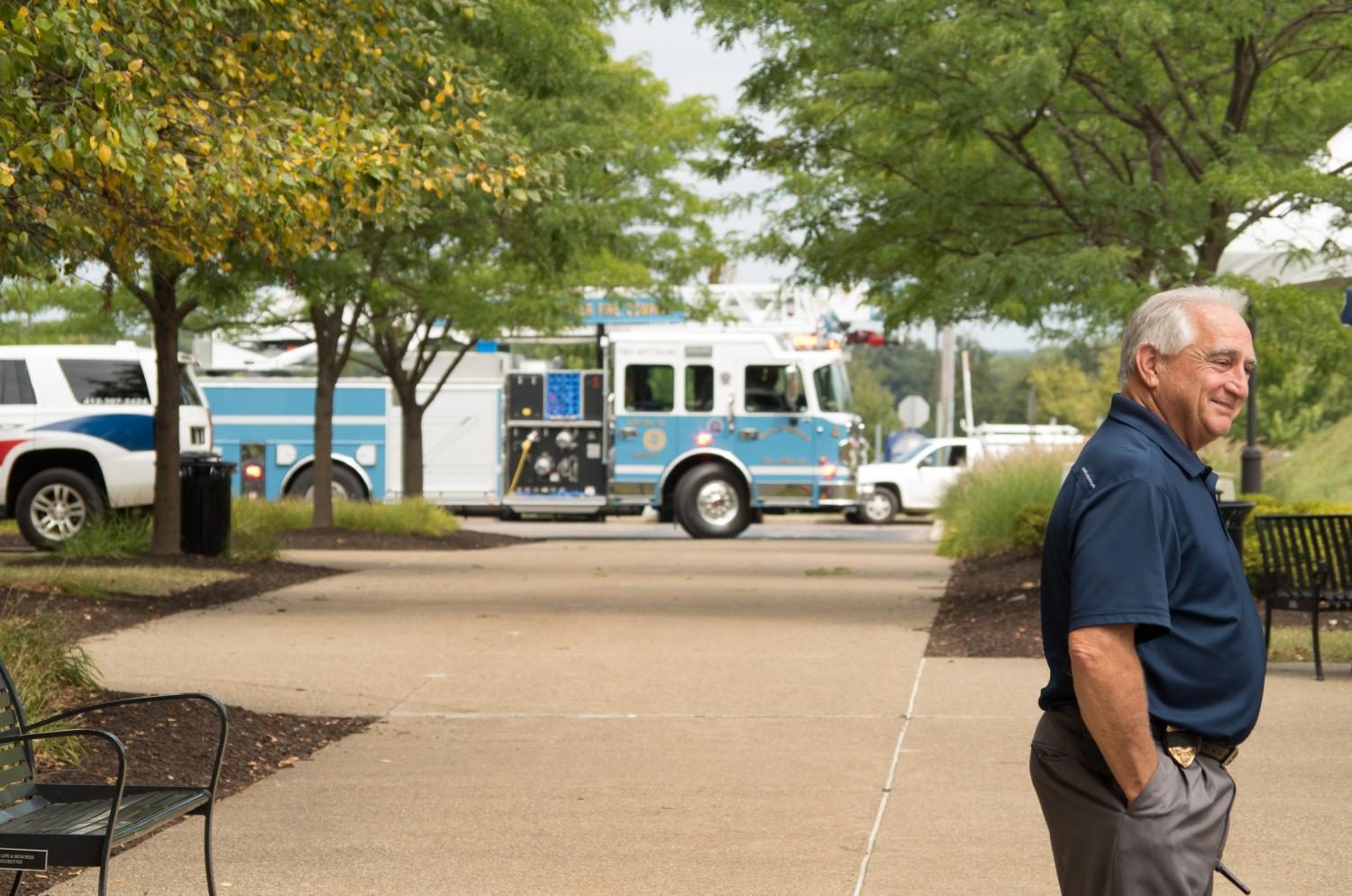 The fire department was called to the football side of Joe Walton Stadium on Robert Morris University campus around 12:30 p.m. on Aug. 30.

Moon Township Volunteer Fire Department answered a call from RMU Public Safety about smoke throughout the equipment room and hallway in the building.

“We received a call from the equipment manager at Joe Walton Stadium that he had smoke in his equipment room,” said RMU Public Safety’s Lt. Charles Spencer. “At that time, we notified Moon Fire Department, we arrived on scene and we did view smoke in the equipment room, the locker room and the hallway. So, we pulled the fire alarm and evacuated the building,”

The Moon Township Volunteer Fire Department responded to the call and held an investigation throughout the building. They found smoke and the cause of the fire.

“We had a call of smoke inside the building here at Joe Walton Stadium and we arrived and were met by the police department, who said they had smoke in the building,” said John Scott, chief of Moon Township Volunteer Fire Department. “We went inside and did some investigating up to the roof and found that the chiller unit on the roof, the air conditioning, had sprung a leak in the line.”

The cause of the fire and the smoke was due to a hole being burnt through one of the air conditioning units.

“Basically we’re done with the incident here at Joe Walton Stadium. We called the fire department out because the football side of the building started to fill up with a little bit of smoke. So the fire department came out and was able to determine that a wire had shorted out in one of the air conditioning units and burnt a hole in the freon, which now put an oily substance through the building,” said Chief Randy Mink.”The fire department vented the building out and maintenance is here now looking to repair it. There was no damage, no injuries, so we’re all good.”

This is the third time that Moon Township Volunteer Fire Department has responded to a call in the 2017-18 academic year. RMU Public Safety asks that you check Residence Life’s page and RMU Public Safety’s page to learn about fire safety. They also ask that students follow all procedures when it comes to pulling the fire alarm and exiting the building in a public spot on campus.