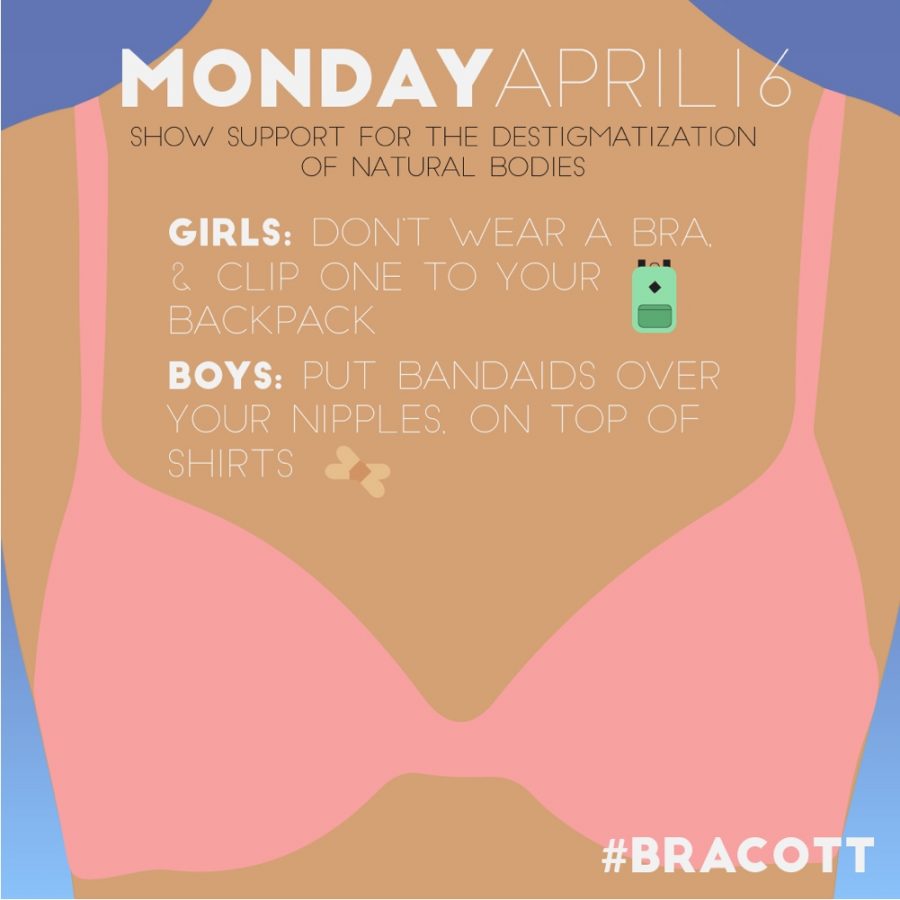 17-year-old Lizzy Martinez was called down to the principal’s office during school and asked to place adhesive bandages on her nipples after a teacher complained that her body was distracting other students.

“I was called out of class and allegedly my teacher called the front office and said she had a concern that I wasn’t wearing a bra,” said Martinez.

The school administrators asked Martinez if she was wearing a bra underneath her long black shirt after some school officials thought she was becoming subject of other students’ attention.

Martinez said that when she met with the principal and the dean, they asked if she was wearing undergarments today. Martinez responded that she was not and was provided another shirt to wear.

“She asked me to put on an undershirt underneath my shirt to constrict my breast movements,” said Martinez. “She (the dean) asked me to stand up and move around to see the movement in my breast. I was kind of creeped out by that point.”

The dean was not satisfied with the shirt and came up with the idea to cover Martinez’s breasts with four adhesive bandages.

“I get called to the clinic by a different administrator and I’m handed four Band-Aids and told to “X out” my nipples,” said Martinez.

Martinez did admit that she was fairly uncomfortable with the situation, but when she was handed band-aids to cover herself, she broke down.

“By the point she gave me the shirt to put on underneath my shirt I was already really upset, pretty mad and already crying,” said Martinez. “I was like ‘I hate everything right now.'”

Martinez’s mom is enraged by the way the school handled the situation and immediately came to pick up her daughter. Kerri Knop was contacted at work by the school administration to notify her of the situation, but Knop wasn’t satisfied with just a phone call.

“Lizzy texted me and said that she felt very attacked sexually and basically humiliated because of her sex,” said Knop. “It wasn’t until after I got her that they told me that they had her get up and move around. Nobody ever mentioned the Band-Aids, maybe they were hoping it didn’t get brought up. When she told me, I was appalled.”

In the Braden River High School student handbook, there is no specification that students are required to wear bras. Martinez did say that school officials will be revising the handbook for next school year to include this rule.

Since the incident, Martinez continues to wear what she pleases.

“Since the incident happened on Monday, I have not worn a bra since,” said Martinez.

Not only is she not wearing a bra, students are rallying around Martinez to organize a day to show the school that they are upset with the administration’s actions. Martinez is asking girls to not wear a bra to school and hook it to their backpack during the school day on April 16. Boys are encouraged to wear two Band-Aids on their shirt over their nipples.

“A lot of my friends are helping me orchestrate a little thing at school where none of the girls at school are going to wear a bra,” said Martinez. “I think we’re all going to hook out bras to the loop of our backpack. A lot of girls are supportive.”

Martinez and her family did reach out to the American Civil Liberties Union (ACLU) seeking legal advice but have not yet taken legal action against the school district.

“I don’t know if I’m allowed to say yet,” said Martinez. “We did contact ACLU and they’re investigating further. But yeah, we kind of are. My mom said it’s completely up to me. However, I do not want any (financial compensation) from it. I just want policy changes and just change.”

The Braden River High School or the School District of Manatee County have not commented on the issue to RMU Sentry Media.