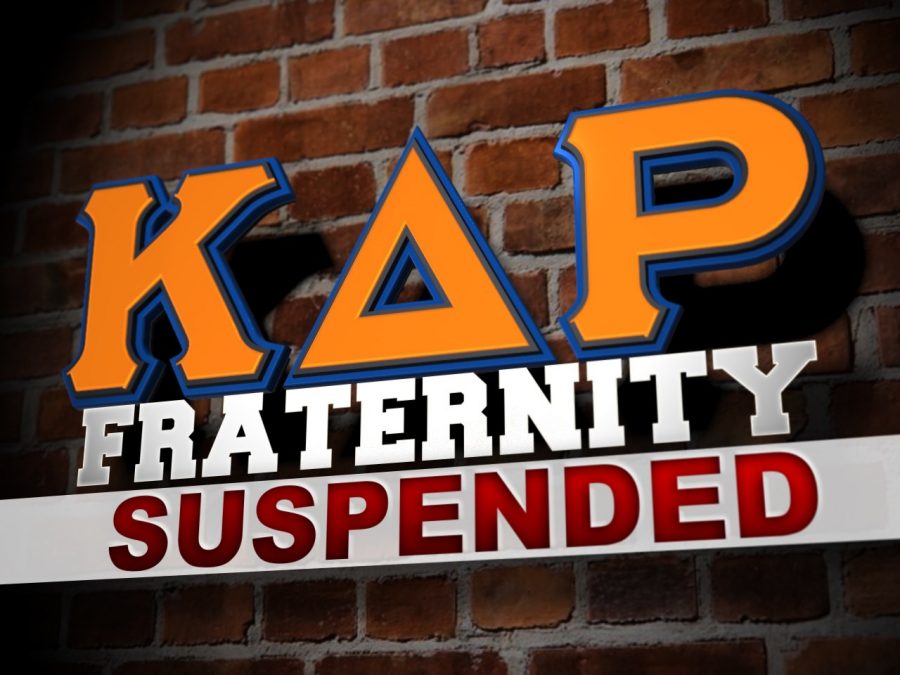 Correction: Clarification on Lavin and Harvey charges; each was charged with a misdemeanor charge of the use of, or possession with intent to use drug paraphernalia.

MOON TOWNSHIP — The Kappa Delta Rho fraternity at Robert Morris University has been suspended indefinitely after an on-campus incident that, according to newly obtained police reports, resulted from a drug bust inside the organization’s on-campus housing.

Officers from the Robert Morris University Police Department were dispatched to Washington Hall on Sept. 27 after they received a call from an on-duty Community Advisor who noticed what they thought was the smell of marijuana emanating from suite D4.

Police then presented the students with a consent to search form which was read and signed by the students. Police immediately discovered alcohol on the floor which Love-Sheller claimed as his own. Authorities then began to search individual rooms within the dormitory suite.

In the police report, officers say, “There was an overwhelming odor of marijuana in his (Love-Sheller’s) room.” After questioning again, Love-Sheller admitted to having marijuana inside a blue backpack under his bed. Officials discovered a large ziplock baggie that contained a large amount of marijuana. Police also discovered another mason jar containing marijuana. Love-Sheller was also found to have a black scale, which according to the police report “is associated with the illegal distribution of narcotics.” Police confirmed that the substance was marijuana after conducting a field test.

When searching Harvey’s room, officers discovered a bottle of vodka in the student’s refrigerator as well as a gold grinder with marijuana residue. When officers questioned if there was more paraphernalia, Harvey gave officers a container which police confirmed to contain black tar marijuana, a black vape with tar residue on it, a small amount of marijuana in a bag and a mason jar with marijuana in it, according to authorities.

Love-Sheller has had encounters with law enforcement in the past, dating back to 2016. In November 2016, Love-Sheller appeared in court and was charged with disorderly conduct where he then paid a more than $450 citation, according to court records.

In 2017, Love-Sheller had another run-in with law enforcement, this time at Robert Morris University. On Sept. 1, Love-Sheller was charged and later was found guilty of disorderly conduct. Love-Sheller again was faced with another citation amounting to over $450.

This is Lavin’s first encounter with authorities in Pennsylvania and is now facing one misdemeanor charge of the use of, or possession with intent to use drug paraphernalia.

Officers discovered over 200 grams of marijuana which has a street value of over $4,000, according to Addiction Resource.

Not the first run-in with the law

After investigating further, the Kappa Delta Rho fraternity has had several encounters with law enforcement, including one this year.

Moon Township Police was called to a house party located at 965 Beaver Grade Rd. at approximately 12:32 a.m. after they received a noise complaint, according to police records. In the report, police stated that the three individuals “definitely did host a loud party which created unreasonable noise for the neighbor.”

Boyd faced one misdemeanor charge of possession of alcohol by a minor in February 2017. The charge was later dismissed, according to court records.

All three fraternity members were scheduled to appear in court on Nov. 1, but the hearing was rescheduled to Dec. 20 at 9 a.m.

RMU Sentry Media reached out to the vice president of student life, John Michalenko, director of special events and community standards Scott Irlbacher and the director of Residence Life Anne Lahoda, who all pointed to the statement from the university.

“The university has cooperated with the authorities, and will continue to do so,” said Jonathan Potts, a spokesperson for the university. “Beyond that we have no further comment at this time.”

RMU Sentry Media also reached out to the national headquarters of Kappa Delta Rho, which is located in Westmoreland County. After calling their Greensburg offices, and they responded with a statement via email.

“Kappa Delta Rho stands for the values of contributing to our campus and broader communities, enhancing the character of our members, and respecting the rights of all who interact with our fraternity through any of our chapters. We are cooperating fully with law enforcement agencies and the university’s investigation and disciplinary process. Upon the completion of that investigation, we will evaluate these findings. The national leadership of Kappa Delta Rho is committed to hold our brothers accountable for their actions. We embrace the principle of respect for all persons and we will adhere to that principle in this matter.”

RMU Sentry Media reached out to all of the fraternity members facing charges via email and have yet to receive a response.

MOON TOWNSHIP – The Kappa Delta Rho National Headquarters released a statement to RMU Sentry Media via email. Executive director of the organization Joseph Rosenberg spoke about the investigation as well as the members within.

“Kappa Delta Rho stands for the values of contributing to our campus and broader communities, enhancing the character of our members, and respecting the rights of all who interact with our fraternity through any of our chapters,” said Rosenberg via email. “We are cooperating fully with law enforcement agencies and the university’s investigation and disciplinary process. Upon the completion of that investigation, we will evaluate these findings. The national leadership of Kappa Delta Rho is committed to hold our brothers accountable for their actions. We embrace the principle of respect for all persons and we will adhere to that principle in this matter.”

In an email to an RMU Sentry Media journalist, Gabe Baroffio, president of the chapter, described the incident.

“Our chapter had an on-campus incident which resulted in us not being able to carry-out chapter operations for the time being,” said Baroffio.

The fraternity will be suspended indefinitely, according to the email. It was not clear if the incident involved alcohol, drugs or violated other campus and Greek Life policies.

“The police department had nothing to do with them being suspended,” said Mink. “They were suspended because another department on campus suspended them because of what occurred during the incident, whether it would be individuals within Kappa or Kappa itself as a fraternity. It’s still not our decision, it’s someone else’s.”

Mink did say that the details around the incident are being held because the case did not appear in court yet. The court hearing was rescheduled to give another officer time to prepare for court after the lead investigating officer left the department.

“I know that they reset the date but I don’t know exactly when the date is,” said Mink.

Mink expects the hearing to be held within the next month.

The incident that lead Kappa Delta Rho to suspension did happen this academic year on the campus of Robert Morris, according to Mink.

“It happened within the last month,” said Mink.

Scott Irlbacher, director of special programs and student community standards, declined to comment on the incident.

RMU Sentry Media reached out to university officials and at the Kappa Delta Rho national headquarters. Both sources have yet to respond.