Is ResNet up to date? 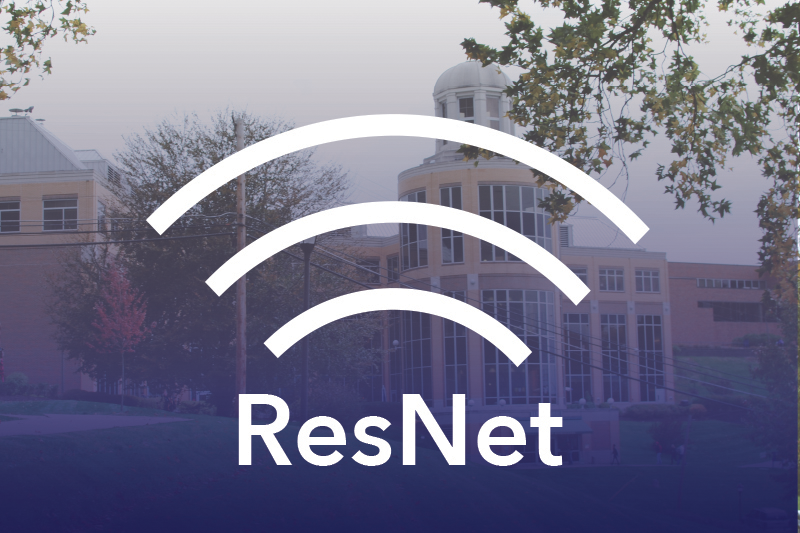 Students at Robert Morris University rely daily on ResNet, the university’s wireless internet provider, but students have been questioning the quality and dependability of the service.

From the registration process, some students find ResNet as challenging and difficult. The in-depth process requires students to register each device with the school’s service before gaining access to the wireless internet.

“The university could improve the ResNet registration by either having us do it at orientation or having someone on campus that can do it for you or even by putting it in the Freshman Seminar class,” said Ethan Dempsey, freshman student.

Students that run into issues are encouraged to visit one of three ResNet help desks spread across campus. Located in Hale, Lexington Hall and Yorktown Hall, the ResNet staff can help connect students to the internet, diagnose computer problems or even perform repairs. The ResNet technical support team goes by the formal name ResTech. This team is made up of students, faculty and staff all who have training with the university’s systems.

“This year we have a new process that automatically find your devices MAC address,” explains Scott Hostler, a second-year supervisor with the ResTech team. “Over the summer ResNet got an update which increased the service’s bandwidth.”

“I have been to the help desk they took a look at my computer and ran some tests and helped me out,” said Bailey Trzeciak, a freshman at RMU.

The ResTech team is tasked with providing wireless and wired internet services to 33 buildings on the Robert Morris Campus including Braddock Hall and Yorktown Hall which are both located off of the main campus. A total of 14 residence halls, 11 academic buildings, four administrative buildings and four athletic complexes receive the internet services produced by the ResTech team.

The debate over the quality of internet strongly depends on the residence hall a student lives in as well as a students demand on the internet services. Students that commonly use gaming consoles task the internet bandwidth more than another student scrolling through a Facebook or Twitter feed. This lapse of service results in students purchasing their own internet routers and using the school provided ports to broadcast their own signal.

“There are some areas around campus though that are bad with connection. In those areas it is difficult to use the internet,” said Dempsey who has had classes in nearly every academic building.

Responding to the negative connotations that some students relate to the ResNet team, some students stand behind the technical team and their efforts.

“My overall experience with the ResNet internet service is easy and reliable. When I am on campus I use the Wi-Fi most of the time. I have yet to have any lapses in the service by ResNet. It is really reliable. The service has run flawlessly for me,” said Tim Meyers, sophomore transfer student living in Yorktown.

Another flaw reported that was different than most came from freshman student Joey Ambrogio where he explained a situation where the internet port in his room in Gallatin Hall did not work at all. Ambrogio decided to purchase his own router after his experience with ResNet was almost impossible.

In light of the broken internet port in Ambrogio’s dorm room, he commended the ResNet staff on their work.

In terms of the wireless service, students seem to be satisfied with the signal strength and speed of the internet. The most common complaints come from residence rooms or classrooms that are tucked away in the far corners of buildings or while trying to walk from building to building.

“The Wi-FI on campus is very fast for the most part and reaches very far,” said Ryan Dibble, sophomore RMU student.

Students unanimously would like to see the registration process for devices to be simplified or removed in total and the ability to not have lapses of services when walking to different buildings around campus, particularly the buildings that are close to each other.

While the walk from the Franklin Center to the Hale Center is only a mere twenty-five yards, students are hoping in the upcoming semesters to be able to continue their web browsing, tweeting and texting on the journey in between classes.

As for the overall experience, ResNet does its job, with some complications and help from the ResTech team.