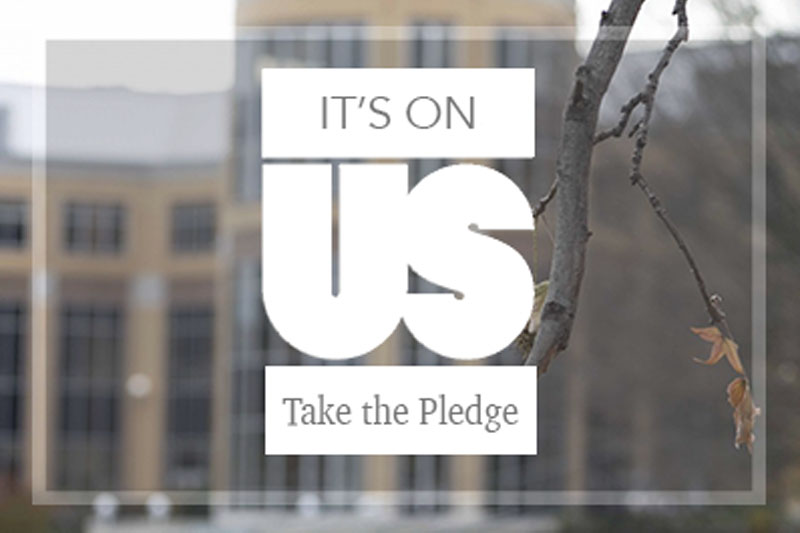 The It’s On Us Pledge Drive is a week-long competition which started on Oct. 21 and ended on Oct. 27. Students were encouraged to make a pledge and take action to help others who are victims of sexual assault.

“The It’s On Us pledge drive is about ending sexual assault on college campuses, so you take a pledge that if you’re a bystander, you’ll step in and stop it when you see it happen,” said Joey Chen, former president of Active Minds.

Active Minds’ objective is to raise awareness of mental health issues and end various stigmas so that students can get help on campus.

“Active Minds is like a national chapter that removes the stigma surrounding mental health issues on college campuses,” said Chen.

This nationwide event encourages all college students to open up a conversation about sexual assault and how it affects their mental health. The goal for Robert Morris University students is to collect 500 pledges, and the top three college campuses will be announced as winners. Joey Chen emphasizes the importance of the pledges and how it relates to the goals of the Active Minds chapter.

“The goal was to collect 500 signatures and to spread awareness of sexual assault on college campuses, so people know that it actually happens on college campuses, and stop it from happening,” said Chen. “Our former vice president was the It’s On Us chapter president, and they reached out to us to be in this campaign … it goes in with mental health because … if you’re sexually assaulted, you go through a lot of mental health issues.”

In addition to the It’s On Us pledge, students can rely on many on-campus and off-campus resources to report sexual assault cases and keep the conversation going.

“Our resources on campus … Title IX is a big one … RMU police, and then if you want to talk about it, the counseling center is a good one on our campus,” said Joey Chen. “There are also off-campus resources, like PAAR and Center for Victims.”

Chen hopes that the pledge drive encourages victims of sexual assault to open up about their experiences and end the ongoing stigma about these incidents on campus.

“I think if you open up a conversation about sexual assault it will let other people come forward that were afraid to open up about it. I feel like there’s a stigma behind it, of how people won’t trust you.”

Winners of It’s On Us are yet to be announced. Students can visit PAAR and Center for Victims for more information about local resources for sexual assault.