Police officer promoted in the City of Pittsburgh 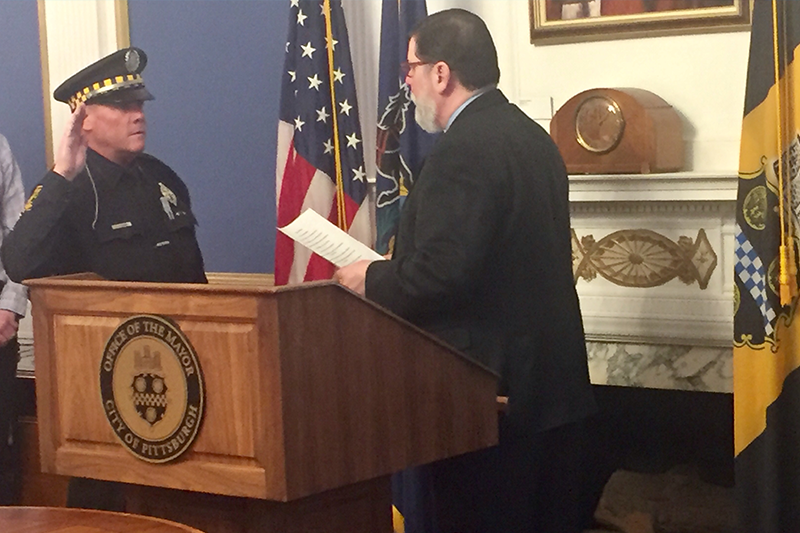 PITTSBURGH — Pittsburgh’s Bureau of Police Sergeant, John Fisher, has been assigned to the administrative branch with the position of commander. His promotion ceremony took place on Tuesday at 1 p.m. in the Mayor’s Office Conference Room.

Fisher was honored and congratulated by his fellow officers and Mayor Bill Peduto.

Public Safety Director Wendell Hissrich said, “Thank you for your commitment to the Police Department and thank you to your family for their future commitment in your new position.”

Fisher’s 31-year-long career in Pittsburgh has consisted of working at the Training Academy, within the traffic division, as a patrol supervisor, a member of the SWAT unit and with the narcotics and vice division.

Fisher was joined by his family during his ceremony and his sons pinned his new badge onto his uniform after Mayor Peduto swore him into his new position.

“He’s wanted to be a policeman since he was eight years old. He made it and I’m very proud of him,” said Shirley Pederson, Fisher’s mother.