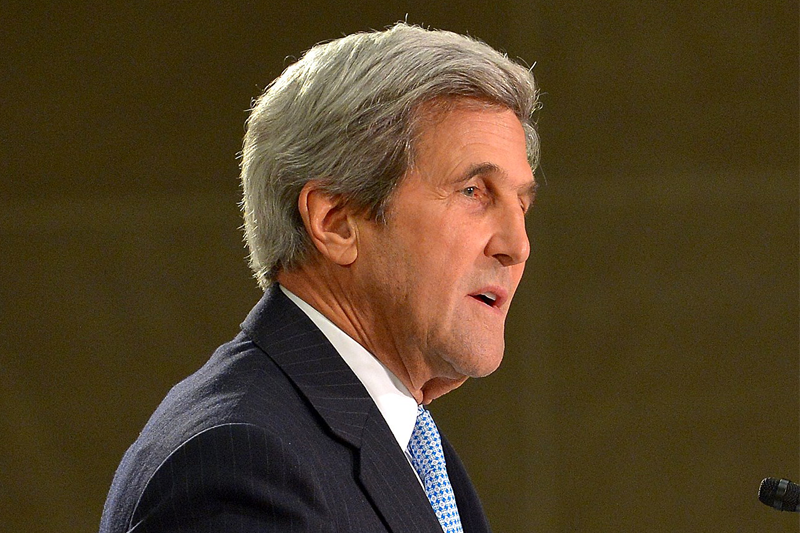 PITTSBURGH – Seats in Heinz Hall were filled for John Kerry, former Secretary of State, who participated in the Pittsburgh Speaker Series.

President Christopher Howard opened the sold-out event, sponsored by Robert Morris University. It featured a 15-minute speech by Kerry, followed by a 30-minute Q&A session. The audience was encouraged to write down their questions for the Q&A panel.

Kerry served as the Secretary of State from 2013 to 2017 under President Barack Obama’s administration. He was also a Democratic Party nominee in 2004. Kerry graduated from Yale University and then went to law school at Boston University. He also received many accolades as a Vietnam War veteran.

During his time as a Navy officer, Kerry lived by the motto “every day is extra.” He wants to apply this to problems in the country today, encouraging people to take action, instead of sitting on the sidelines.

He also expresses his opinions on the Iran nuclear deal during the speech. Kerry believes that diplomacy is key in politics. In 2013, he became the first Secretary of State to sit down with the Prime Minister of Iran after 40 years for the Iran Nuclear Deal.

“Don’t send America’s men and women to war unless we have exhausted all means of diplomacy,” Kerry emphasized.

Getting rid of the potential for war was his main goal. According to Kerry, the deal persuaded Iran to destroy 22,000 centrifuges, and limited their enrichment by 3.67 percent.

For John Kerry, climate change is currently one of the forefront issues in America

“The solution to climate change is energy policy,” said Kerry, referring to his goal to get clean energy to the whole country.

The Paris Climate Accord, the results of 20 years’ worth of talks that were eventually led by Kerry, were also discussed. He continues to support the accord because of the environmental benefits, including eradicating the acid rain issue.

One audience member asked about his opinions on climate change during the Q&A panel. Kerry discusses health concerns with climate change. According to him, the biggest cause of children being hospitalized is environmentally induced asthma, which is a $55 billion dollar cost.

In regards to fixing various environmental issues, Kerry says, “We have the tools, we have the capacity, but we don’t have the willpower.”

Despite his sense of urgency for current issues, Kerry stays optimistic about the future of America and believes that change will come if people take action.