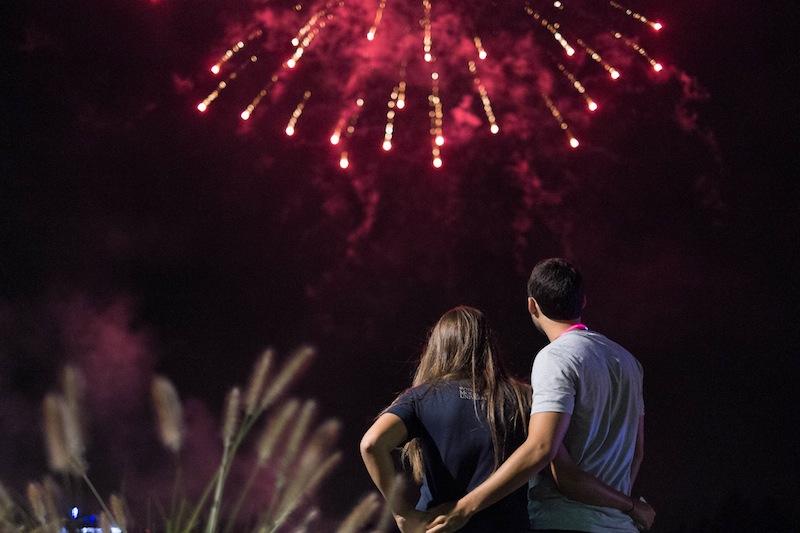 If anyone outside of the freshman class is excited about orientation week, it has to be John Locke.

Locke, director of student activities and leadership development at Robert Morris University, is adamant about helping the freshman feel at home when they first arrive on campus. With many activities planned for the week, the top two events are Bobbymania and this year’s attempt to break a Guinness World Record.

“The office of student life and the class officers are going to be attempting to set a first Guinness record on campus,” Locke said.

The record Robert Morris is trying to break is the World’s Longest Chain of T-Shirts, which came from the long running tradition of waiting in line for shirts at orientation. Everyone from incoming freshman to former graduates want to get involved.

“We already have well over a couple hundred shirts donated from staff members, community members, students and alumni,” said Locke.

The current record Locke is trying to break is 1,208 shirts. This event will take place Saturday morning, Aug. 29. He hopes the chain will go from the front of Nicholson to Wendy’s on University Boulevard to be just over a mile long.

Other than attempting to defeat the record, Locke also said that there are several more events going on during orientation week, including a big party on campus called Bobbymania.

“The story of Bobbymania is that the class officers are throwing a party to welcome the first year students to the RMU family,” Locke said.

Other action packed events taking place are a dunk tank, inflatables, challenge based activities and much more. The evening ends with a fireworks display on the Nicholson front lawn. The goal of the event is to help the freshmen feel confident in their new school before even setting foot in a classroom.

Events taking place before Bobbymania include ice cream socials, the Dean’s reception, meeting FYSP mentors and more. Even a pep rally called “Let’s Go Bobby Mo” is scheduled the first day of move in. However, there are also more symbolic activities such as new student convocation.

“It’s the bookend to graduation,” Locke said. “So the first day on campus you have convocation, and you’re last day here is graduation.”

Student life has countless opportunities for freshmen to get involved all over campus to make amazing friends and memories all four years.

“The fun doesn’t end after orientation though,” Locke said. “We have so much stuff going on here I can’t even quantify it.”

Locke said that his overall favorite event is Meet the Colonials, which is the Robert Morris basketball team’s tip off event. He continued on to say that Bobbymania  and the academic theater program were also some activities he was very connected with.

Locke encourages all freshmen to participate not only in all of the orientation activities and Bobbymania, but to also make sure to stay involved on campus throughout their entire college experience.

For the entire Freshman Orientation Schedule be sure to visit https://www.rmusentrymedia.com/orientation2015/.