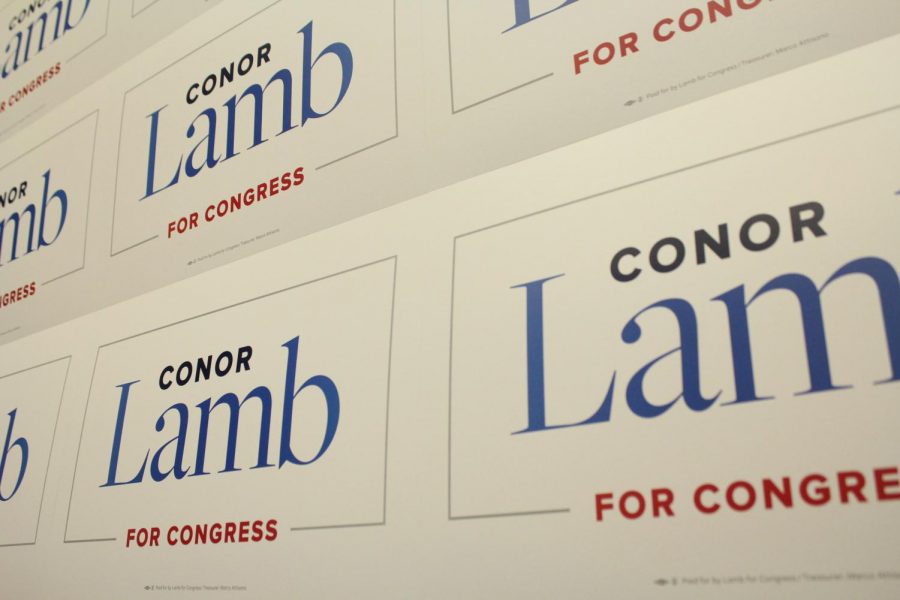 Bauman is the current president of Social Security Works, an organization that works to protect disadvantaged and at-risk people.

Jon Bauman was in Pittsburgh giving his approval for Democrat Conor Lamb, who is running in this year’s special election on March 13 for the 18th Congressional District. Lamb is competing against Republican Rick Saccone to fill the seat left vacant by Tim Murphy. On Oct. 21, 2017, Murphy resigned in light of reports that he encouraged a woman he was romantically involved with to terminate a pregnancy.

“For those of you that can remember, can you believe that I’ve been making a living for over 47 years doing this?” said Jon Bauman, striking his signature pose from his time during the rock-and-roll band, Sha Na Na. Bauman is the current president of Social Security Works, an organization that works to protect disadvantaged and at-risk people.

Lamb spoke in front of 15 people at his campaign headquarters in Carnegie, PA, mainly talking about the importance of Social Security and other government programs for senior citizens.

Lamb spoke for four minutes, and Bauman entertained the audience with his performance, story and piano playing. Lamb spoke about many issues that his campaign is focusing on.

When asked about Social Security and senior citizens’ benefits, Lamb said, “I mean, people just want basic things like for us to keep our promises and when it comes to Medicare for our seniors. Our people have been paying into that for a really long time and they expect it to be there for them. They worked hard their whole lives and we told them, ‘We’ll take care of you in your old age,’ and they built this country along the way and so my generation, it’s time for us to step up and lead now, and we can do that first by taking care of our seniors.”

During the press conference, Lamb did not bring up the increase in school shootings and the most recent act of terror in Parkland, Florida on Wednesday. A gunman entered a school and killed 17 people, injuring dozens more. Lamb did, however, comment on the shooting and gun control laws during an interview.

“No parent should have to work about the safety of their kids while they’re in school,” said Lamb. “We need to make that the starting ground of this discussion because too many people are going through thoughts in the last few days of dropping off their kids in the morning and not knowing if they’re going to be there to pick them up at the end of the day.”

When asked specifically what his plans are for the younger people that will be voting in this year’s special election and in the general election in November, Lamb talked about student debt.

“We need to tackle the problem of student debt,” said Lamb. “I personally have a lot of college student debt – law school debt – a lot of people do. We’ve told people their whole lives that they need to study hard and go to the best school that they can get into to be prepared for the future. That’s good for our country when people do that. Whats not good is the way that we make people spend their entire adult lives trying to dig out from underneath of their student loan debt.”

The most recent polls show that Saccone and Lamb are in a close race where Saccone has only a three-point lead over Lamb. President Donald Trump was scheduled to campaign with Saccone on Feb. 21, but rescheduled due to the events in Florida. Former Vice President Joe Biden has expressed interest that he would like to make a campaign stop in Pittsburgh to offer his support to Lamb, but no scheduled date has been set.