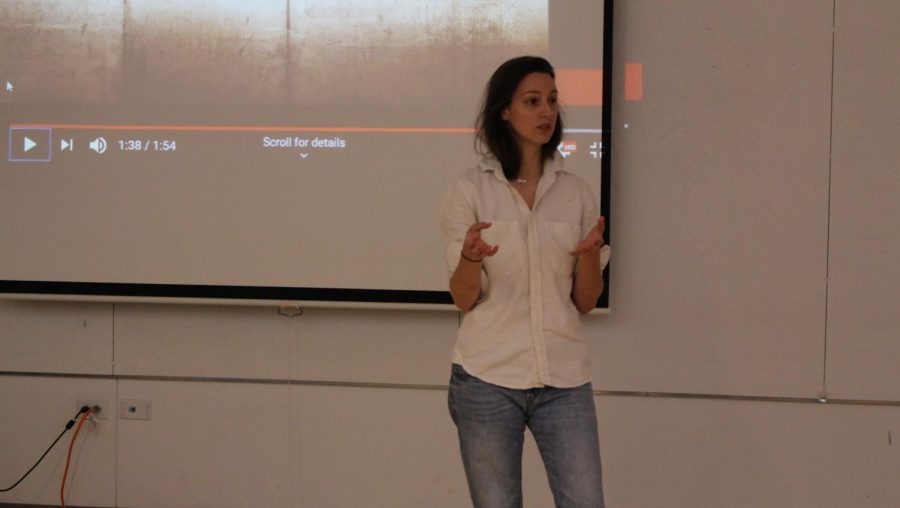 A large number of digital cinema and television students piled into the Wheatley Center atrium last Thursday to hear Thomas speak about her career in their desired field.

Emily Thomas is a Pittsburgh native who went to Chicago to study documentary filmmaking. She then went out to L.A. as a part of her schooling and completely changed her mind as to what she wanted to do with film and television.

She decided she wanted to stay in California to make movies and television shows. One of her first jobs was working on the hit Netflix show Longmire.

“When I first went out to L.A., I thought I would go there, then come back to Chicago and finish studying documentaries and that’s what I’d do for the rest of my life,” said Thomas. “However, when I got out there, I fell in love with the city and decided that’s where I wanted to be.”

Thomas spoke to all the students about the most important things of the actual process of making a show, and all the work that goes into it week after week.

Now that the series has ended, Thomas is back in Pittsburgh, going to different colleges to talk about her experience in the film industry.