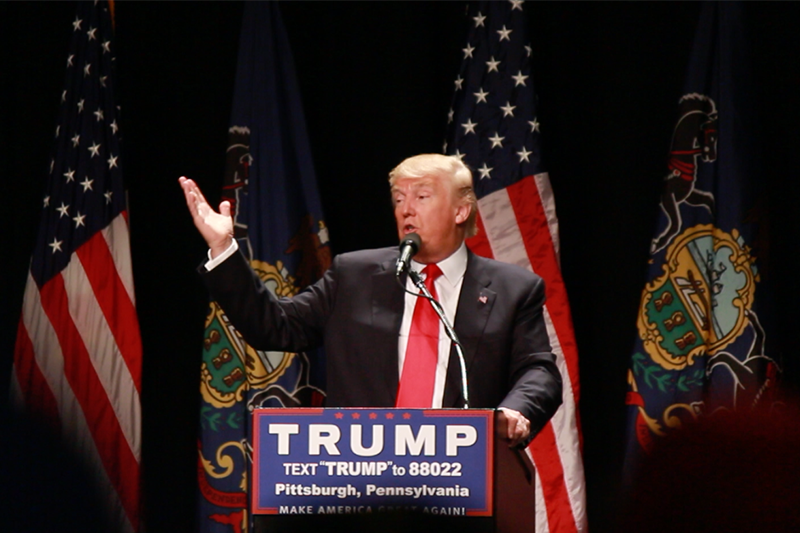 RMU Sentry Media set out to go to Ambridge, Pa. for the Donald Trump rally on Oct. 10, however, media credentials were denied.

While Trump appreciates all the media coverage, his campaign had to limit the amount of people due to a small venue and safety precautions.

“With the abundance of requests for media credentials, we have to take proactive measures with our credentialing process to ensure the success of each event,” said the Press Office in an email.

According to TribLive, 2,600 people were in attendance along with 5,000 watching the jumbotron outside. Ambridge Area High School had also released students earlier in the day due to safety concerns.

CBS Local reported that there were two groups: one of Trump supporters and one of protesters. Hundreds of supporters with tickets were forced to watch from outside the school.

“We get here and they refused to let us in, said basically Gold Star doesn’t count. They didn’t care. The fire marshal said no one was getting in and they wouldn’t honor our tickets,” Gold Star parent, Edward Mitchell told CBS Local.

RMU Sentry Media was able to attend the Donald Trump rally in April of this year. The Sentry also applied for credentials for the Republican National Convention, but was denied.