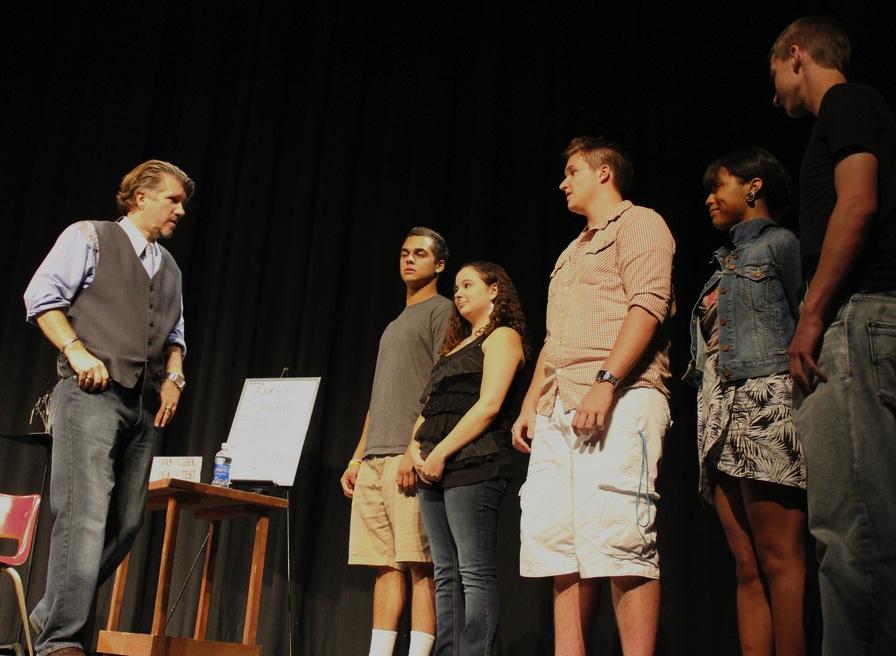 This past Friday, Sept. 7, RMU played host to the great mentalist Banachek. His 8 p.m. performance packed Massey Theater to capacity with students and faculty alike, all excited to see his world famous abilities.

Banachek wowed the audience by manipulating their choices, reading their minds, reaching into their past lives and finally sensing if a set of knives had exposed blades or not while volunteers literally took a stab at his skills as a mentalist.

After the show, during an interview, Banachek spoke about the escapes he cut his teeth on, including his famous buried alive stunt that the great Harry Houdini had failed to complete. He also spoke about his first performance at the Washington mall in Washington, Pennsylvania as well as his part in exposing the supposed faith healer Peter Popoff.